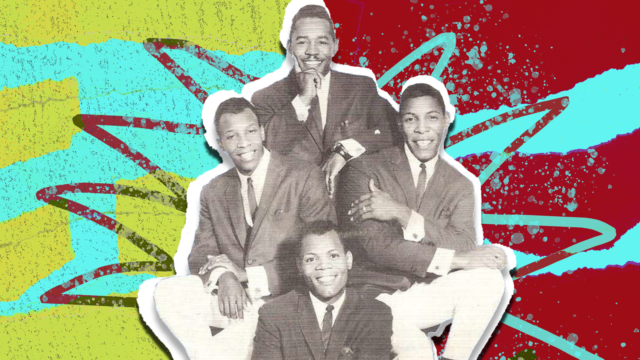 Every day during Black History Month, Radio Milwaukee is exploring a black Milwaukee artist who helped shape the music of this city. Today’s feature is The Esquires.

As an outsider looking in, you can tell that The Esquires were a determined and persistent force. They began here in Milwaukee as a family founded group undergoing many member changes until they found the perfect line up. After a decade shaping their sound and playing out, they finally hit it big with “Get on Up” their 1967 hit charting at No. 3 on the national R&B chart and No. 11 on the pop singles chart transitioning them from a local to a national artist and leading into the next decade of their career.

This first break out hit was the first release on Bunky Records, distributed by Scepter Records and then eventually signed directly to Scepter, which repped everyone from The Isley Brothers to The Velvet Underground. They bounced around on labels going back to Bunky and then signing to the major, Capitol for one release and Lamarr Records for another — everyone wanted a piece of The Esquires.

The group self-describes themselves as “R&B soul, mixed with doo-wop,” making their mark and representing the Midwest sound during a key time in evolution of R&B soul music, bringing it home to Milwaukee.