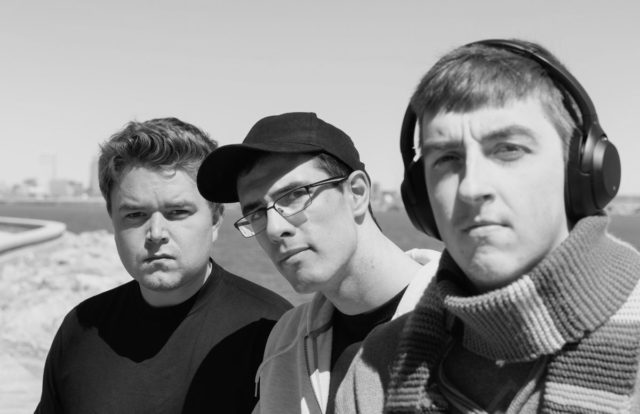 For this week’s premiere, we’ve got a slick and optimistic song from the Milwaukee electro-pop trio Before Nitrogen. Stream and read about “Found” below.

To bring hope to the community in this difficult time, Milwaukee indie pop trio Before Nitrogen will release their new single “Found” on May 1, 2020. The upbeat electro-pop song has a message of optimism that the band hopes will serve as a refreshing break from the world’s somber situation.

“If I could sum up ‘Found’ in one word, it would be ‘Possibility,’” lead singer Sean McGibany says. “It’s about being pulled out of a suffocating place by the possibility of a new love and a new story to be told. To me, that’s the most comforting thing: something new and different that may open the door to a better place. Our motto as a band is ‘Hope is Not Lost,’ and we hope that that comes through in this new song and inspires our audience to keep believing in the future.”

Before Nitrogen is comprised of graduates of St. Anthony Parish School in Menomonee Falls. The group actively supports and gives back to their local community through fundraisers for organizations like the Menomonee Falls Food Pantry and Angels of the Road for Veterans. They recently raised $2,000 for the Emma Loves Dogs Foundation.

Before Nitrogen was born in 2017 when Sean McGibany began capturing his worries over his personal life and the chaos of the world around him. “I wanted to create a way out through the songs and tell a story of hope prevailing in the end, even though the future was very uncertain in that moment” he says. Teaming up with friends Jack Reesman (guitar) and Joe Perdzock (DJ), the eclectic trio was born and have been pushing their optimistic indie pop blend ever since.