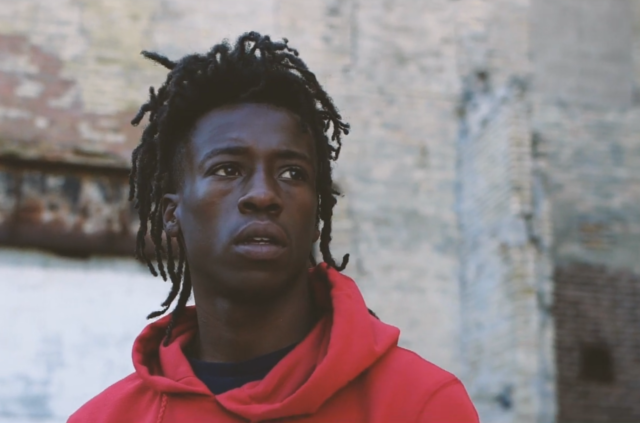 If it seems like Milwaukee’s rap scene keeps getting younger and younger, that’s not entirely an illusion. In this installment of our roundup, we spotlight some of the city’s most exciting rappers still in or just out of their teens, including TTG Rio, Big Wan, 54 Baby Trey and Looney Bandz, as well as the latest from perennial favorite Kaylee Crossfire, Lakeyah Danaee, Lil Tre, LBM Lil Joe and Wave Chapelle and new independent projects from Maal Himself, Hakeem Paragon and Myndd.

Stream and read about them all below. [These songs contain strong language; listener discretion is advised.]

54 Baby Trey has the coldest flow in the city right now, and he’s got the terse, evocative wordplay to match. On his latest, he reflects on his hard upbringing over an unusual beat from scene MVP Emazon, whose production forgoes the usual regional slap in favor of something more muted and magisterial.

Some rappers pride themselves on versatility. They’ve got a flow for every occasion and they relish experimenting with new sounds, dabbling in a little bit of everything. Lil Tre is not one of those rappers. He’s got exactly one flow, a motor-mouthed bray that he pushes to its limit on every verse, never easing his foot from the gas pedal. That commitment to going in has earned him a cult status in the city — he might not be the city’s biggest name, but surf through the comments on his videos and you’ll find plenty of fans citing him as their favorite Milwaukee rapper. Tre dropped his latest album “Unexpected 3” earlier this year, and if you heard “Unexpected 2” last year, then you already know what the new one sounds like. That’s not a knock: If you’ve got a winning formula, there’s no shame in riding it.

This is an exciting pairing. LBM Lil Joe was part of the first wave of Milwaukee street rap’s current crop of stars, so while he might not be old in the literal sense, he already carries the air of an elder statesmen. This track only underscores his stature by pairing him with one of the city’s younger rising stars: teen phenom Big Wan, whose limber, youthful slur plays beautifully against Joe’s craggy rasp. These two may not have come up together, but they’ve got no shortage of common ground.

Speaking of teen phenoms, TTG Rio may be one of the youngest rappers I’ve ever covered — just 15, as of “Run It Up,” one of several buzzy tracks he’s released over the last several months. But he’s astonishingly good, and not only by the standards of a 10th grader. His flow is effervescent and effortlessly melodic, building on the precedent of local heroes the MT Twins. He’s already got so many good tracks that picking one for this roundup was a challenge; it was a coin toss between this one and “Our Year,” a bittersweet anthem that coasts on Rio’s tuneful voice.

Kaylee Crossfire – “How Many?”

It’s a shame that the clubs are shut down right now, because this Kaylee Crossfire cut had a shot at becoming a summer club staple. Since breaking out on Netflix’s “Rhythm & Flow” last year, Crossfire has been releasing one monster track after the next, and this one, a spin on Lil Kim’s “How Many Licks,” is outrageous, bawdy fun.

Lakeyah Danaee has divided her time between rap and R&B, though lately she’s been especially focused on rapping. On the heels of last year’s standout “Female Goat,” “Sum to Prove” is another hard, fleet number that spotlights her Teflon flow.

Hakeem Paragon – “A Sunflower in the Shade”

There are a lot of rappers working the Travis Scott/J. Cole mode right now, and if I’m being honest I tend to tune most of them out — there’s something deeply unappealing about artists trying to telegraph individuality by copying other artists’ visions. Hakeem Paragon, though, is one of the relative few artists working in this lane who resists that trap; he still manages to leave his own stamp on this sound. His latest project “A Sunflow in the Shade” is a little tougher and nervier than last year’s expansive “No Heaven for Heathens,” and Hakeem’s flow is a little more world-weary, but the sound is lush and lived-in. And even at its most expansive and experimental, the music always bumps.

Rap is so saturated with deflated, half-asleep rappers right now that I’ve developed more of an appreciation than ever for the ones who rap like they’re truly enjoying themselves. And so it is with Looney Bandz, a relative upstart that I have really high hopes for. There’s something about his snappy, hyperactive flow that reminds me of a young Lil Uzi Vert. That presence comes through on this video, which he dropped in November, but it particularly shines on his more recent single “Savo Sauve,” his catchiest yet. The video for that one is a little bit too NSFW for this page, but I can’t recommend that track enough if you’re a fan of giddy, high-energy rap.

File this one under “acquired taste.” Myndd has never been afraid to be different, and “Still Awoke” is his most demanding project yet, a spaced-out fantasia of upside down hip-hop and cosmic jazz, all cast around Myndd’s adenoidal voice. At his most accessible, Myndd’s funk vision is almost Dungeon Family-esque, but in truth Dungeon Family never created a record this dense and experimental. It’s not everyday listening — not for most of us, at least — but you’ve got to admire the audacity.

Maal Himself may not be the flashiest rapper in the city, but he’s made consistency his calling card. On his latest single “Safe,” soulfully produced by Renz Young and Dylan Graham, Maal does some soul searching, reconsidering his priorities and loyalties while dropping some striking bars about inflection points and close calls.

Wave Chapelle makes himself right at home over this very of-the-moment beat, mirroring the elastic wobble of the track’s synthesizers with his own heady voice. While track recalls some of Drake’s recent chest-beaters, its mood is lighter and more whimsical than anything Drake usually allows himself — just because you’re positioning yourself as the king of the roost doesn’t mean you can’t allow a little levity now and then.