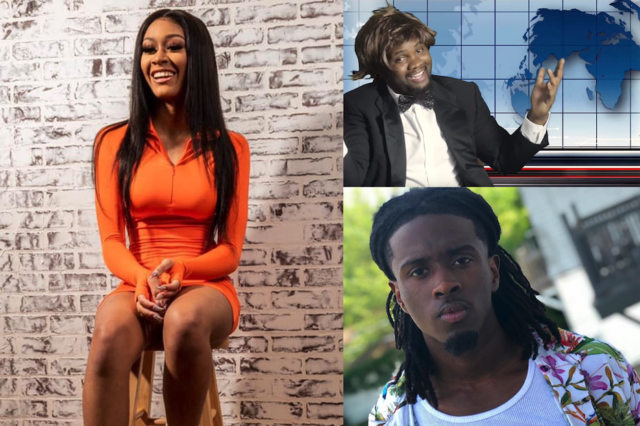 We’ve got a great one lined up this month. In addition to standouts from Lakyeyah Danaee, Myndd and Lil D MKE, we’ve got a pair of head-nodding tracks from Nate Brady and Regal and some exciting stylistic departures from MT, Lil Saucy and Spaidez. Stream and read about them all below. [These songs contain strong language.]

NilexNile has been on a tear lately, but he’s not the only rapper in the Phat Nerdz camp that’s been leveling up. Myndd steps up in a big way on this showstopper, spitting triple-tongued bars over a Roy Ayers sample and a beat fit for a mid-’90s Boot Camp Clik release. Don’t mistake this for a lazy golden-age throwback, though. Between Myndd’s acrobatic flow and the track’s overzealous drums, “Breathe” stays on its toes.

Lakeyah Danaee is on track for a big 2020. The rising rapper/singer is sitting on an unreleased single that’s an absolute knockout — I’ll share it in this space once it’s officially out — and she just released the second installment of her “Keymix” series, featuring some radically reworked versions of recent rap and R&B hits and deep cuts. That tape is well worth your time, but I also wanted to spotlight this unrelated track I missed from late last year: “Female Goat,” a stone-cold slapper. Over a hard Reuell StopPlaying beat, Danaee spits a barrage of vicious bars and takedowns.

We may be living in rap’s emotional era, but emotions come easier to some rappers than others. Lil D MKE has a tender, melodic flow that makes every track feel like a confession, and “Get Away” is no exception. Once again producer Reuell StopPlaying deserves a special shout out: His beat here is soft and soulful, almost the diametrical opposite of his brutalist beat for the Lakeyah Danaee track above. You’ve got to admire the versatility.

“I’m doing this for hip-hop’s sake,” Nate Brady raps on his latest. Those are the words of a traditionalist, and sure enough “So What” goes all in on classic hip-hop vibes, with a jazz-laced beat built around a skeletal upright bass riff. Further underscoring the Gang Staff vibes, Brady raps with the nonchalant authority of a young Guru. If you’re going to call back to the greats, you’ve got to have the presence to back it up, and Brady does.

While many Milwaukee rappers carry themselves with calculated poise, often rapping with a hint of detachment, Spaidez is a full-on entertainer who’s never been afraid to mug for the microphone a little bit. That jokester’s sensibility comes across particularly during his live shows, which he gamely smirks his way through, but it also shines on his new track “Rags 2 Riches,” where he tests out some exaggerated, Atlanta-style flows that fit him like a handed-down Halloween costume. Silly stuff, but that Richie Sims beat is a blast, and Spaidez has never met a track he couldn’t barge his way through. “I rock holey jeans/I’m a fucking firestarter like Prodigy,” he beams. He’s having so much fun it doesn’t matter that he’s playing dress up.

Lil Saucy has always been a little more willing to look beyond the customary Midwest sounds than some of his peers. Flanked by one half of the MT Twins, on “My Ego” he taps into the blustery, blown-out bass of Soundcloud rap — a sound that’s huge right now but for whatever reason has barely made a dent in Milwaukee. And sure enough, it flatters both rappers. That gargantuan bass only accentuates the duo’s innate melodic impulses. Incredibly catchy stuff.

“Come and take a walk where I grew up,” the artist formerly known as Mike Regal offers on his latest song. It’s not a place everybody escapes, he raps, but on this disarming track he explains how he navigated the “generational traps trying to keep us in.” Regal resists overdramatizing his storytelling here; his flow is steady and matter-of-fact, but forceful enough to hold its own over that bronzed beat.

It’s what we do. Last month we rounded up the 50 Best Milwaukee Rap Songs of 2019, and earlier last year we ran down the 10 most important songs in Milwaukee rap history. We also explored the roots of the city’s rap resurgence in a piece for NPR Music. And in case you missed it, check out Backspin, our six-part podcast about the earliest days of Milwaukee hip-hop. You can listen to the podcast here, or subscribe to it wherever you get your podcasts.