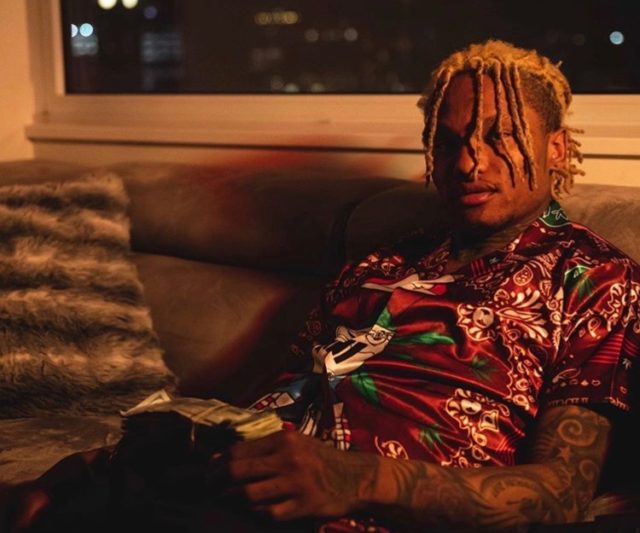 This month we’ve got the solo debut from one of the MT Twins, some tantalizing loosies from Klassik, a heartbreaker from Destinee Lynn, a Milwaukee/Detroit team-up from Shantii, and new heat from Lil D MKE, Lil Saucy, Secret, Chicken 2Pots, Black Aladdin, Mari Boy Mula Mar and $HUNMILLION$.

Stream and read about them all below. [These songs contain strong language; listener discretion is advised.]

In March, the MT Twins shared an ambiguous post on Instagram that may or may not have been a break-up announcement. It’s unclear what the future holds for the Milwaukee duo, but if this is really the end of the road for MT, at least the prospect of solo projects takes some of the sting out of the news. Last week Dexxx from the duo unveiled his debut solo single, and a new solo moniker to go along with it: 3XSimpson. Building on the confessional muse of MT’s recent work, “Every Step” showcases the same vulnerability and melodic dexterity as many of the duo’s best songs, but the backdrop is different, a little sweeter and more R&B-inspired. It may not be a ballad, but 3XSimpson sells it like one.

Few Milwaukee rappers make songs that linger in my head quite as reliably as Lil D MKE. The secret sauce is his mournful voice: He raps with a catch in his throat, as if overcome by the sheer weight of everything he’s rapping about. His March single “The Other Side” is one of my favorite local tracks of the year, and “Worth It” is even more open and tender, a track cushioned with pianos and sealed with a very human mantra: “We ain’t perfect but we worth it.”

If any artist was cut out for the quarantine, it’s Klassik, a musician who’s always seemed most at home in the studio. And while Klassik has never shied away from major, perfectionist artistic statements — see his 2019 album “QUIET” — he’s also put out his share of faster, more impulsive projects he delivers hot from the presses. “Klass Notes” is one of those, a four track peak at some of his studio scribbles. Even for a quickie project, it’s got a lot of range, running the gamut from avant garde rap to sumptuous neo-soul (the sax-saturated “MySoul.” plays like his spin on late-period D’Angelo). It’s never pretentious, but there’s an exciting experimental edge to all four of these tracks, each of which teases a different direction he could take going forward.

A month after dropping a massive trunk rattler with Jigg, the artist formerly known as Lil Chicken, Big Chicken and Chicken P has announced his latest name change. He’s Chicken 2Pots now. The name is new, but the devilish humor remains, and on this posse cut he’s matched by two newcomers as funny and fired-up as he is: Secret and Black Aladdin, both of whom bring a rowdy, elbow-throwing energy to the track.

Shantii has always kept prestigious company. She came up under the city’s influential Bosses Having Goals crew (her original moniker was BHG Shanti), and on this track, a sequel to her winter slapper “Rule One,” she teams up with one of Detroit’s biggest young stars, Molly Brazy. They’re kindred spirits: both fierce, no-nonsense presences with hard flows and an affection for thunderous beats.

Destinee Lynn – “Wake Me Up”

This one’s a serious tearjerker. Rapper/singer Destinee Lynn processes her grief while eulogizing her Uncle Ken. The song is as intense and personal as the subject matter warrants, and Lynn sells the chorus, too, breaking out a powerful croon.

It’s not a hard and fast rule, but the buzziest rappers in this city tend to be the ones who sound most like the city — Milwaukee’s most successful rappers are almost always the ones who embrace regional production styles. Lil Saucy, however, has never been shy about looking outside the Midwest for inspiration. There’s no mistaking the influence of YoungBoy Never Broke Again and the greater Atlanta scene on his music, but he raps so buoyantly that his style never feels secondhand. “Hey Mama” is another scorcher, and it earns points for nodding to the Eminem track of the same name in the least obvious way possible.

It’s been more than two years since Milwaukee rapper $HUNMILLION$ dropped his project “What I Made Today,” a tantalizing four-song EP of boutique hip-hop constructed around his off-kilter voice. Time hasn’t tamed his outsider sensibilities any: His voice is as distinctive as ever on this sequel project, as taut as a rubber band stretched to its limit. He’s got a great ear for A$AP Mob-esque production, too.

Mari Boy Mula Mar released his latest full-length “Above Average” last month, but you won’t find his biggest song of the spring on it. That would be “Aflac,” a track that’s taken on a life of its own on Instagram and Tik Tok thanks to the #AflacChallenge, where participants act out Mula Mar’s eccentric verses. There are dozens of them so far, and some are genuinely clever. But of course the challenge wouldn’t be any fun if the participants didn’t have such outlandishly weird lyrics to play off of, and as always Mula Mar delivers them in spades.

In case you missed it, you can check out previous installments of this roundup featuring 54 Baby Tre, TTG Rio, Lil Tre, Looney Bandz and more and Lakeyah Danaee, Myndd, Lil D MKE, Nate Brady, Spaidez and others. We also rounded up the 50 Best Milwaukee Rap Songs of 2019, and explored the roots of the city’s rap resurgence in a piece for NPR Music. And don’t forget about Backspin, our six-part podcast about the earliest days of Milwaukee hip-hop. You can listen to the podcast here, or subscribe to it wherever you get your podcasts.