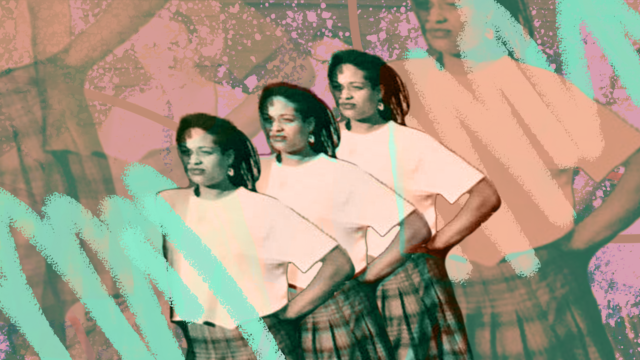 “We can’t tell the story of Highball Holiday without telling the story of the whole group,” Shahanna explains. “That might be a metaphor for my experience in the Milwaukee music scene at the time, which is that there just weren’t many black people around.”

Many of her friends were white Catholic kids and she says they are the ones that taught her about reggae, ska and rock steady.

“It was a story about racial unity and racial integration,” she said. “And it was kind of like this dream and we were interpreting our version of that dream for ourselves, our friends and our community.”

In 1997, Highball Holiday put out an album through Moon Ska Records which was well received by critics and fans alike. It wasn’t long until INK Magazine called her one of the finest voices not only in ska, but in music as a whole. Shahanna’s onstage banter between songs was a mix of love and politics, and their live shows were legendary. Highball Holiday opened for The Skatalites and The Selecter.

Shahanna continues to be an inspiration, recently leading a coalition of over 100 Jewish Women of Color at the National Women’s March in Washington, DC, and she’s never stopped working for social justice and racial equity for everyone. She’s the director of professional learning for the Minority Student Achievement Network project at the Wisconsin Center for Education Research at UW-Madison.

Her latest passion project is working on outreach for Fair Play, a video game that teaches about racial bias in graduation school. You can find more info at fairplaygame.org.

From her time spent on the stage to her current career, racial unity has been a constant theme. “Being able to sing it all onstage, that brings relief,” Shahanna recalls fondly. This girls’ hopes are high that we will see her “reclaim her identity as an artist” again on a stage soon. Fingers crossed!