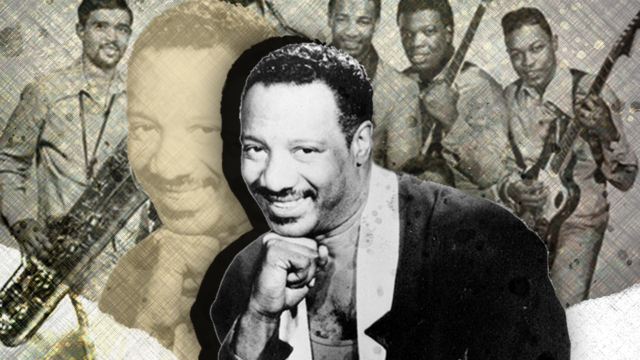 Every day during Black History Month, Radio Milwaukee is exploring a black Milwaukee artist who helped shape the music of this city. Today, I’m sharing the music of Harvey Scales.

I fell in love with Harvey Scales’ music second-hand, through the samples of some of my favorite hip-hop tracks. Harvey’s 1979 disco B-side “Dancing Room Only” was famously sampled by the Dust Brothers on “Shake Your Rump” for the Beastie Boys “Paul’s Boutique” album. As my rap singles collection grew, I came across even more of Harvey’s work. In 1994, Peter Rock and CL Smooth released “The Main Ingredient.” This album contained a sample of Harvey’s 1969 track “Sun Won’t Come Out” for a track with the same title. These samples captured my imagination, but it wasn’t until I started to work here at 88Nine that I discovered Harvey was from Milwaukee.

Harvey Scales attended North Division Highschool in the ’50s, and started to make a name for himself as “Twistin’ Harvey” here in the ’60s. He signed with the legendary Chess Records in 1969 and this began his long career of writing and recording R&B hits.

The hit that would stand out for Harvey in the record books, was not a song written for The Seven Scales. While he was at chess records, Harvey met the legendary Johnnie Taylor, who was on Stax records at the time. They formed a relationship that not only saw Harvey eventually move over to Columbia Record with Johnnie, but also allowed for songwriting partnership that would result in the greatest accomplishment in recorded music to date.

In 1975 the two got in studio with producer and mutual friend Don Davis to record the song “Disco Lady.” They enlisted a star-studded ensemble of musicians which included four members of Parliament-Funkadelic: bassist Bootsy Collins, keyboardist Bernie Worrell, guitarist Glenn Goins, and drummer Jerome Brailey. The track was released In January 1976 and quickly climbed the charts. It spent four weeks at No. 1 on the Billboard Hot 100 and six weeks on the Billboard R&B chart in the U.S. To top all of that, this song was the first single to be certified platinum by the RIAA.