Milwaukee’s Hatchets do one for Woody Guthrie

Milwaukee’s Hatchets do one for Woody Guthrie 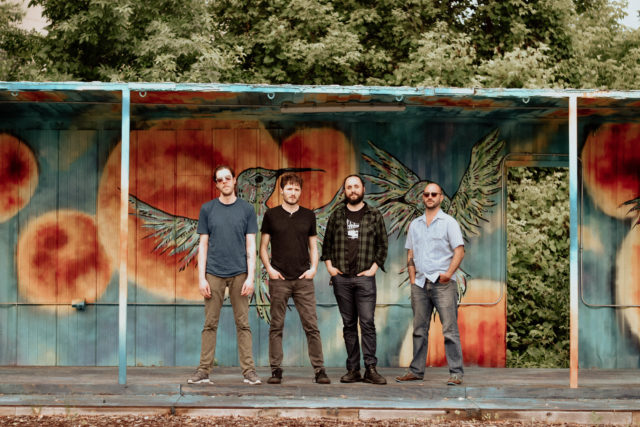 For today’s premiere, we’ve got a shimmery tune from The Hatchets and their upcoming album “The Uncounted Blue Jillions,” which they’ll release on vinyl July 19 at Company Brewing. Stream “Don’t Let Me Go” below.

The Hatchets’ band pedigree speaks for itself. Singer-guitarist Justin Otto is joined by three players with backgrounds in some of the city’s best indie-rock and roots bands: guitarist James Sauer (L’Resorts, Ladders), bassist Allen Coté (Lyric Advisory Board) and drummer Nick Lang (Buffalo Gospel). But perhaps the musician who looms largest over the band’s debut album “The Uncounted Blue Jillions” is one who doesn’t play at all: folk pioneer Woody Guthrie, whose life inspired the song cycle.

Listeners mostly familiar with Guthrie from Wilco’s acclaimed “Mermaid Avenue” albums with Billy Bragg will find much to enjoy in “Don’t Let Me Go,” a rousing roots-pop number dressed up with grand power chords and some “Summerteeth” shimmer. It’s a major pick-me-up.

“Don’t Let Me Go” is a full band arrangement of an acoustic song from our upcoming record “The Uncounted Blue Jillions,” which is an allegorical concept album about Woody Guthrie. Guthrie’s work and thought are characterized by a brand of hopefulness that could be mistaken for naiveté if it weren’t for the fact that he had an unbelievably traumatic life. Even though he inherited a degenerative nerve disease and suffered terrible personal losses, he possessed the heroic ability to transfigure the darkness of his own history into a light by which he saw a future worth living for. The album is an attempt to look at the horrors of the past and the uncertainty of the future with that same defiant optimism.

“Don’t Let Me Go” was produced and engineered by Ian Olvera at Wire and Vice in Milwaukee.

“The Uncounted Blue Jillions” was engineered by Ian Olvera and produced by Lawton Hall. $1 from every record sold will be donated to The Huntington’s Disease Society of America.