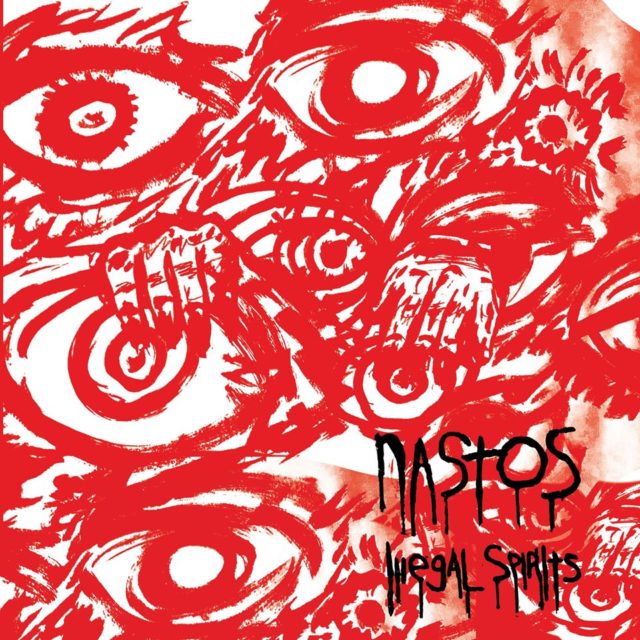 What originally started as a solo project has completely morphed into a full-fledged cohort. While the progression was unintentional, Nolan Truttschel has embraced the change with open arms, “I didn’t really know what to expect when opening up the project to the other musicians. Playing with others really changes the way the music happens, opens up room for improvising, and unplanned things happen.”

Transitioning to a more joint effort is something the group has settled into and truly found their grounding in. While their last album was built upon Nolan’s solo work, this release puts their collaborative talents on the forefront. He explains, “On ‘Inherited Dreams’ I had most of the songs written and the band came in and played along to what I wrote. With ‘Illegal Spirits’ the songs evolved from jamming and writing songs together. After playing together for a couple of years now, we have fallen into a nice rhythm and can really play together. It’s been a really fun evolution! I still work on music as a solo project as well, but there is nothing better than working out ideas with other people.”

“Illegal Spirit” picks up sonically where “Inherited Dreams” left off, but in a more refined and robust way. While the two share the same foundations with this tie-in between shoegaze and dream pop, the two albums did take very different routes. The reverb-doused, fuzzy, dream pop groundwork is evident in both and in most of Nastos’ discography, but the intentions with this latest release are comparatively deviating.

Nolan explains, “I recorded ‘Inherited Dreams’ by myself as kind of a fun project/experiment. For ‘Illegal Spirits,’ I wanted to have someone else engineer the recording process so I could just focus on the music; playing guitar and singing. Nicholas [Elert] is really good at capturing the sounds of a live band and I wanted to make sure we showcased that more this time around as this record was really a full band experience. For ‘Inherited Dreams,’ I recorded all the parts separately and pieced it all together after the fact. The new record is all of us playing live in my basement, hardly any overdubs. Just a couple guitar things and vocals.”

The cohesive effort manages to capture the band’s scuzzy, entrancing sound without losing their high energy and captivating allure. Listen to the album below.