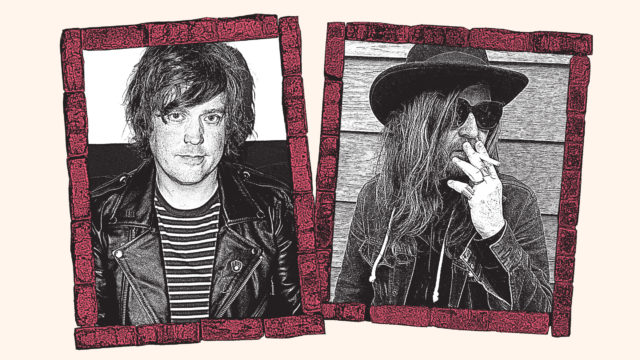 Since their debut last March, Mini Meltdowns have kept quiet, but definitely busy. Frontman Jon Philip had a rough year, but has since found love, received his undergrad degree and, on Oct. 4, he will release the Mini Meltdowns’ second EP “Destined For Disaster” via Good Land Records.

The latest from Mini Meltdowns — Philip and Scott Schoenbeck — takes a different approach than their buoyant debut.

With a stark look into pain and emotion, the four track EP is a transparent and straightforward catharsis. Titles like “Gonna Miss You,” “I Wanna Die,” “Afraid of Everything” and “You Bring Me Down” lay it all out on the table with quick, riff heavy blasts that show off Phillip’s growing comfort in performing front and center.

The EP was produced in Oklahoma by Mike Kennerty, who also laid down some lead guitar and backing vocals for good measure.

To celebrate “Destined For Disaster” (and restored happiness in general), Mini Meltdowns will play their first ever full-band show on Friday, Oct. 18 at X-Ray Arcade with Telethon and Graham Hunt. Listen to the single below and look out for the full release on Oct. 4.