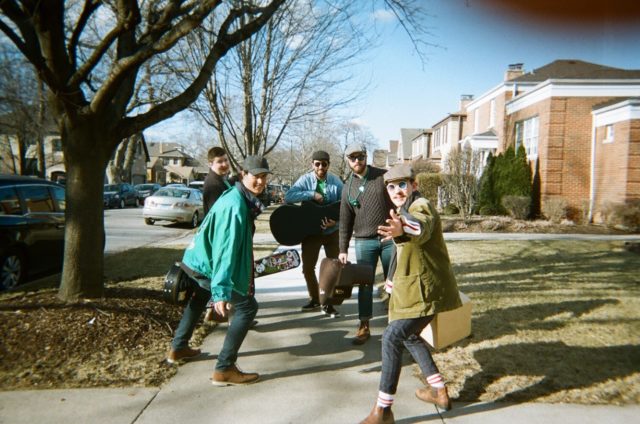 For today’s premiere, we’ve got a wistful indie-rock tune from Motel Breakfast, ahead of their upcoming self-titled album. Stream “My Head” below.

This one’s all about the ache. Soothing pianos and shimmering guitars allay some of the sting of a song about being unable to silence your thoughts. Fans of The Walkmen are going to find a ton to love here.

“My Head” is the lead single off of Motel Breakfast’s self-titled debut album, due to be self-released on Friday, Feb. 7, 2020. The album was recorded to tape in the summer of 2019 over a handful of sessions at Treehouse Records in Chicago and the now-closed Williamson Magnetic Recording Company in Madison. Produced by Milwaukee’s own Andy Goitia (Sleepy Gaucho), the aim for this album was to capture the energy and chemistry of the band’s live performance in the same way rock bands have done for decades — straight to tape.