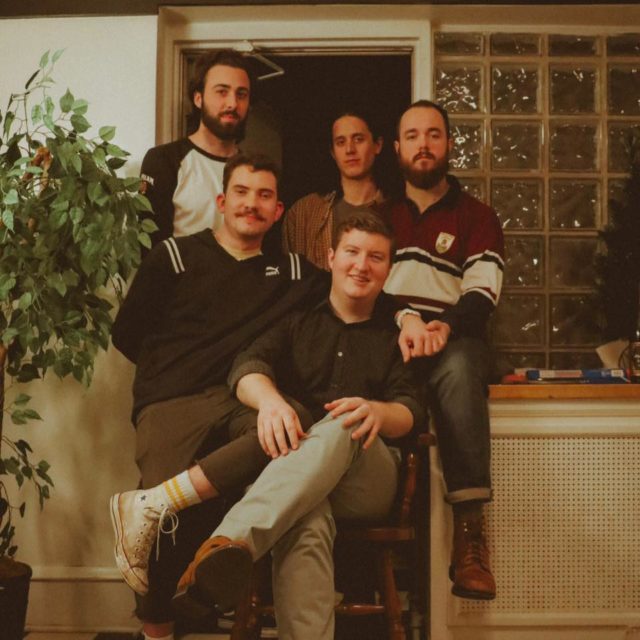 Motel Breakfast have been working together for some time now, but have finally released their first full-length album. The self-titled release leans into the nostalgic comfort of analog recordings while addressing the highs and lows of navigating self-awareness and growth.

With members Conor Brennan, Drue deVente, Jimmy Drenovsky, Mick O’Donnell and Jesse Nasadowski split between Chicago, Madison and Milwaukee, the group juggles the routine commitments of life while also bouncing across the Midwest to write, practice, record and play.

Meeting over time through school and mutual friends, the friends started playing while visiting one another. Initially, the group mostly played covers then slowly turned to their own music. “It involved lots of weekend driving between cities, but we all enjoyed it more than anything,” Jimmy explains.

As they say, balancing life and going back and forth in no easy feat. This album as they describe it has been a “culmination of three years of writing, performing and recording.”

“We’ve been setting the groundwork for this album for so long, but we’ve been scraping by with releases we weren’t always super proud of up until now just to be releasing anything. To finally put out an album that we feel represents who we are artistically, it’s incredibly gratifying.”

Motel Breakfast found a perfect producer for what they were looking for in Andy Goitia of Milwaukee’s Sleepy Gaucho. Goitia came in and helped them capture the songs over the course of four long weekends last Summer.