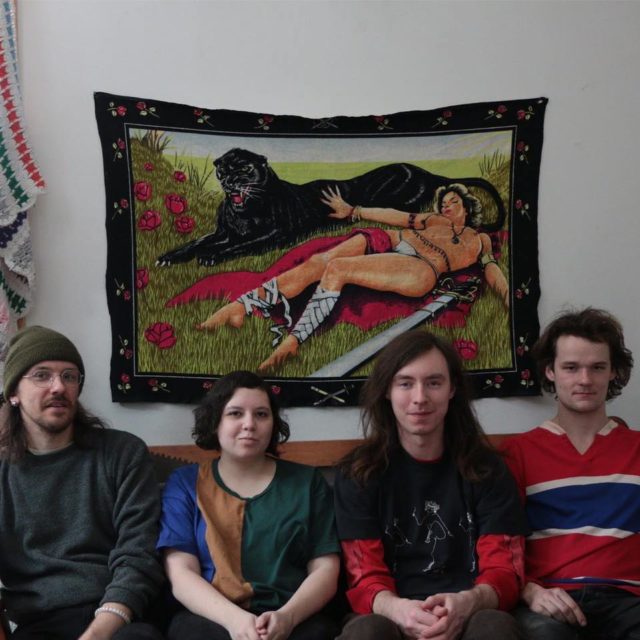 Nothing in life is a sure thing, but Operations’ debut LP comes pretty close. The band’s credentials tell the story: singers/guitarists Charles Markowiak and Alisa Rodriguez both played in the 4AD-worshipping group Sundial Mottos. Rodriquez also records as Apollo Vermouth, the rare ambient project so enchanting you don’t have to be into ambient music to enjoy it, while Markowiak plays (played?) in the roiling emo trio Estates.

Those dual leads are supported by drummer John Schoneman, of the wonderful neo-slowcore act Haunter, and Sam Gargulak, whose downcast bass does some considerable mood setting on Operations’ debut album “Fog Museum.” Where Sundial Mottos trafficked in the more sun-baked corners late ’80s and early ’90s underground rock, Operations’ sound is a little cloudier and more greyscale. The guitars still shimmer, but they no longer refract from every surface.

The result is an album of highs and lows, bummers and pick-me-ups, with knotty guitars and churning rhythms pitched to roughly the same remorsefully dreamy vibe of last year’s great DIIV record. I love records like this: fully realized worlds where buzz and buzzkill aren’t mutual exclusive.

You can stream “Fog Museum” below, along with a video for the lead track “Perfect Day.” Operations will play a show at Cactus Club on Thursday, March 5, with Big Syn and Randal Bravery.