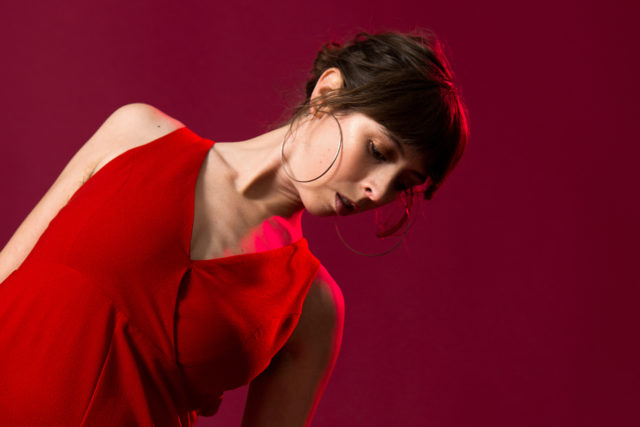 Caley Conway, Photo by Aliza Baran courtesy of the artist

MILWAUKEE MUSIC PREMIERE: 'As Long As It's A Secret' by Caley Conway featuring D'Amato and Treccy MT

Whether she’s backing up D’Amato on vocals and bass, collaborating with Field Report or fronting her old band The Lucy Cukes, Caley Conway has always stood out to me on stage. So when I had the opportunity to feature a new track from her upcoming EP, I jumped at the chance to hear these new songs.

I expected her beautiful voice to be accompanied by some acoustic guitar melodies. But this new track, “As Long As It’s A Secret” features fuzzed out, ’60s-esque guitar licks with Caley’s smoky voice and beautiful lyrics. I really recommended this if you like that smart and clever vibe, à la Jenny Lewis. I can’t wait to check out her EP release party on April 18 at Anodyne to hear the full album,”Surrounded Middle.”

Recorded at The Chair Co. in Milwaukee, “As Long As It’s A Secret” features D’Amato and Treccy MT on background vocals, John Larkin on bass and Luke Rivard on drums.

This is how the song came to be, according to Caley Conway:

“I wrote the song the day after seeing Stevie Wonder and the Flaming Lips in one night at Summerfest. I feel like it’s directly influenced by both, in equal parts. But probably wouldn’t sound that way to anyone else.”

2018 saw her sharing stages with the likes of Phoebe Bridgers, Julien Baker, Joan Shelley and more. Her new EP, “Surrounded Middle,” is out April 18. And if this song is any indication, the album will have her doing even bigger things in 2019.