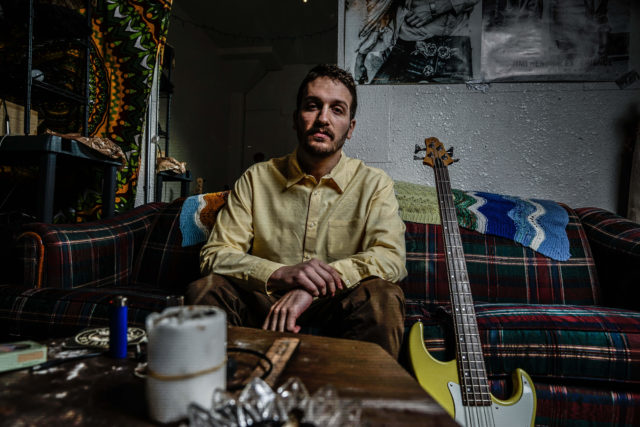 MILWAUKEE MUSIC PREMIERE: 'I Don't Mind It' by Cullah from his upcoming album 'Spectacullah'

For Cullah, I think 13 may just be his magic number. Listening to this new track from his upcoming release “Spectacullah” (his 13th album) on repeat, it’s pretty hard to draw comparisons to his previous work. And as a music lover…I love being challenged like that.

Yes, I still get a hip-hop vibe that runs through this song, but between the guitar parts sneaking through my head and the addition of the female voice in the chorus to the sax (and what are those…strings?), I don’t think there is another song or Milwaukee artist right now that sounds anything like this. So put this on repeat and let Cullah help find your lost soul, he doesn’t mind it.

He says this album was quite the group effort. It was completely funded by people all across the world, from Germany, US, Canada, Netherlands, Mexico and Scotland. It was partially mixed by Michael Noyce of Bon Iver, The Tallest Man on Earth and Moon Ruin). Cullah’s mother plays clarinet on the fifth track “Love You Gotta Be” and his sister sings harmony on it. And the name “Spectacullah” was chosen in a poll by fans. The other options were “Cullahtivation” or “Count Dracullah.”

Don’t miss Cullah’s album release show at Cactus Club on May 4, 2019 with Thriftones and Clear Pioneer.