R.I.P. Big Wan, a Milwaukee rap star in the making

R.I.P. Big Wan, a Milwaukee rap star in the making 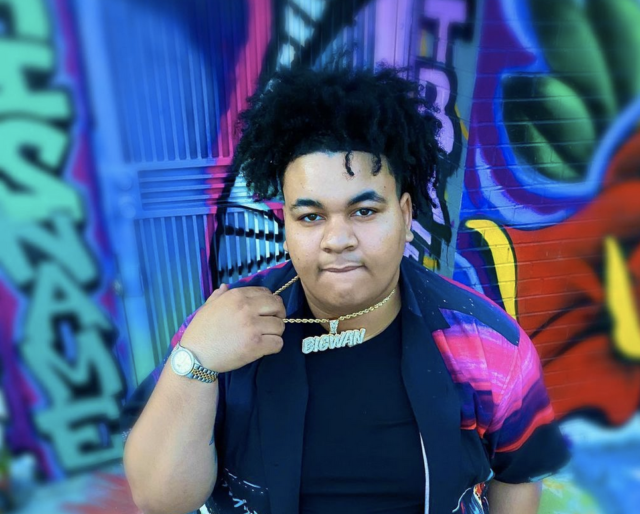 Fans, friends and peers are remembering Milwaukee rapper Big Wan, who was shot and killed this morning according to multiple reports. He was just 19-years-old.

Big Wan’s young age belied the tremendous impact he had on the city. Between his sly, understated flow, bone-dry sense of humor, and unmistakable vocal slur, he was one of the most distinctive lyricists in the city. He began generating buzz in the city in 2019, when he was 17-years-old. By just the following year, it was already common to hear other Milwaukee artists rapping like him.

There wasn’t another presence like him in the city. A big kid with a soft voice and enormous intelligence, he caught the city’s ear with his 2019 single “Fast Lane Lifestyle,” which he saturated with twisty punchlines and Milwaukee-specific references (at one point in the video he imitated fellow Milwaukee rapper Spanish Rice behind the wheel of a car; he wrote for and about his own city).

The song wasn’t a fluke. He followed it up the next year with another local hit, “Eggshell,” that had an even bigger impact. For ages, it sat atop a Spotify playlist of the most streamed songs in Milwaukee. This winter, he put that same wit and penchant for surprise zingers on display on his single “Antidote.”

Big Wan also recorded a handful of promising singles with Milwaukee rapper 3hirtyK that stood as some of the most exciting North Side/Side Side pairings the city had ever seen. “Can’t Stop,” in particular, catches him at his silliest and most carefree, playing up the levity in his droll voice.

Like so many rappers from his circle, Wan wrote about extremely bleak topics, including addiction and violence. But he did so with a smirk. He had a love of life, of words, of mischief, that just lit up every track. It was that spark that had me and so many others in the city singling him out as one of the biggest potential stars in the city. As Pitchfork’s Alphonse Pierre wrote in his survey of Milwaukee rap this spring, “He’s behind some of the most fun rap in a city that has no shortage of it right now.”

That spark will be missed. R.I.P. Big Wan, and condolences to his family and friends.