The Racing Pulses revive the rock revival on ‘Intricate’

The Racing Pulses revive the rock revival on ‘Intricate’ 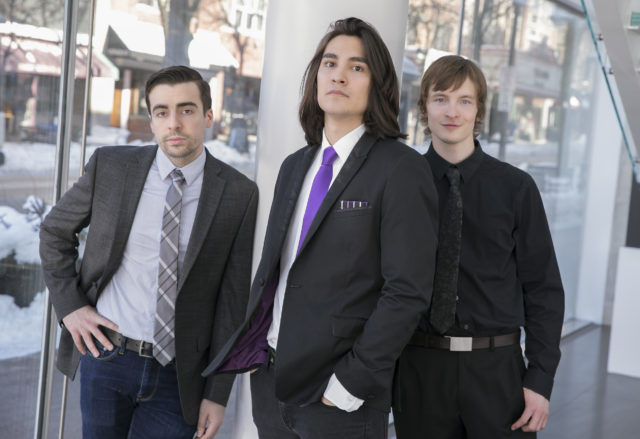 For today’s premiere, we’ve got a tightly wound tune from the Milwaukee rock trio The Racing Pulses. You can stream and read about “Intricate” below.

The great myth of the early-’00s rock revival is that its biggest bands were simply mining the past. In reality that scene’s biggest bands were very much doing their own thing, and groups like The Strokes, The White Stripes and The Vines were more grounded in the present than critics gave them credit for. None of their albums could be confused as a relic from the ’60s.

There’s no missing the influence of that early ’00s movement on the Milwaukee rock trio The Racing Pulses, a group so enamored by the greats of the rock revival scene that they often even dress the part, frequently donning ties on stage and photos and videos. Pitched somewhere between the compact garage-rock of The Strokes and the tightly wound post-punk of Franz Ferdinand, their new track “Intricate” packs a lot of hooks into a lean, two-and-a-half minute. It’s filled with jittery, combustible energy.

Ultimately, “Intricate” is a song about how relationships between people can sometimes seem strained or complex to others, but are often very fulfilling and developing properly. On a surface level, people pay lip service to notions that compromise and empathy are critical for meaningful and successful connections. However, these dynamics and sacrifices take time to understand. They can be hard to see or communicate about, sometimes even for those involved in a relationship.

A lot of people seem to have self – destructive qualities they are unaware of or choose to overlook, which obviously impact their personal and social lives. I think “Intricate” speaks to this selfishness and tolerance we all have within us — the overwhelming desire to be deeply understood and loved competes fiercely with the realistic realization that, as flawed creatures, we could benefit from practicing more forgiveness.