Radio Milwaukee DJs on the music their fathers shared with them

Radio Milwaukee DJs on the music their fathers shared with them 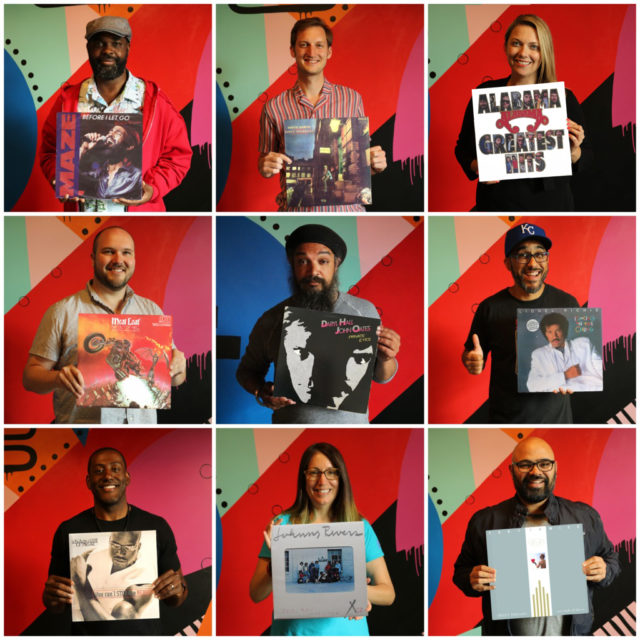 This Father’s Day, we asked station members to weigh in with memories of the music their fathers passed down to them. So we thought it was only fair that we do the same. Radio Milwaukee’s DJs shared the songs they’ll forever associate with their dads.

Read their picks and stream the songs below.

I was VERY lucky to grow up surrounded by music. We always had a ton of vinyl in the house, and as you can guess, I was always first in line to pick out the music. My dad George Danko had a jukebox in the house — YES! a real jukebox with neon lights and everything. He had a bowl of change handy and would hand me coins so I could always play as many songs as I wanted. This is the jam that will always remind me of those very early living room dance party days with him. Much love to everyone this Fathers’ Day missing their dads, because I do TOO! Here’s Johnny River’s “Rockin’ Pneumonia and the Boogie Woogie Flu.”

One day I borrowed my dad’s van to move and he had a bunch of CDs in the glovebox. I went through them and found Shaq’s “You Can’t Stop The Reign” album. I knew Shaq rapped but never sat and listened to an entire album of his. And when I did, I was shocked at how much I actually liked it. Was even more impressed he got Biggie, Jay-Z, Mobb Deep and Rakim as guest features. Looking back, I never did ask why he even had that CD in the first place, but I’m glad he did. Thanks, Dad, and Happy Father’s Day!

The one song that reminds of my Pops is “Sweet Dreams” by Eurythmics. It’s an interesting story. I was around six or seven at the time, and I’m not sure if he even remembers it. The Eurythmics came on, “Sweet Dreams” came on, and my dad starts to speed as we are going to Coney Island at the time. We get pulled over, well my dad gets pulled over and the cop says, “Where are you going so fast, man!” My dad says, “I’m taking my son to Coney Island for the first time.” And lo and behold the officer lets my dad off with a warning and we continue on to Coney Island to have a great day and that’s the one song that remind of my Pops… LOVE YOU POPS!

Ziggy gets all the shine, but Dad and I love “Lady Stardust.” We love songs that have little hints to other bits of information that you only know about if you’re “in.” We were listening together once and it got to line “He was The Nazz.” And my dad said, “Do you know The Nazz?” and I had no idea. He didn’t either when he heard the song for the first time. Then he read the liner notes and asked around, and followed the bread crumbs until he found out that The Nazz is vaudevillian humourist Lord Buckly’s hip translation of Jesus of Nazareth. So it’s Buckley by way of Bowie comparing Lady Stardust to Jesus Christ. I love the idea of my dad, laying down with this album in 1972, moving his finger over the words of the liner notes, seeing The Nazz in capital letters, looking it up, tracking it down, and falling in love with Lord Buckley. And what a gift he gave to me. Thanks Dad.

My dad typically enjoys songs with a good story and many songs I remember listening to with him, and songs that remind me of him, are often in the country or rock genres. My dad worked on the railroad for 37 years so he often traveled and was on the road during the week. One of the songs that reminds me of my dad is “Roll On (Eighteen Wheeler)” by Alabama. It’s a country song with a story and a song that we would listen to when missing Dad at home. Though he didn’t drive an 18-wheeler for his full career, he was putting lots of miles on to get to the next track line every week through good and bad weather and often times in the early or late hours. I’m incredibly grateful for him and all the sacrifices he made to provide for our family. Happy Father’s Day, Dad!”

One artist my dad turned me on to is the great American rock star Meat Loaf. Yes, Meat Loaf. My dad had a copy of “Bat Out of Hell” on CD (or maybe it was a cassette?) in the car, I remember, and would play it on our drives out to visit my grandma. I never really knew if he was an actual Meat Loaf fan, or if he just played it to irritate my mom. She was definitely not a fan. But I grew to love the title track from the album, and every time I hear it now, I think of my dad. And growing up knowing Meat Loaf gave me an important frame of reference when I watched Wayne’s World for the first time and saw his cameo. I was like, “Hey, it’s Meat Loaf!” Thanks Dad.

Memories… When I was a kid in the ’80s, I remember driving over the Hoan Bridge with my pops. The car was red, and Hall & Oates was on the radio. We were singing along and having a ton of fun. Never forgot that. Never forget you either, Pops. This one is for my dad, Jim Doucette. “I Can’t Go for that (No Can Do.)”

My dad introduced me to so many artists I still love to this day. His record collection was front and center in our living room. One of my earliest childhood memories is of my father lifting me by the waistline, spinning me upside down, and letting me dance on the ceiling to Lionel Richie. Happy Fathers Day Dad!

The one song that always reminds me of my father is Frankie Beverly and Maze’s “Before I Let Go.” You know, the one that Beyonce covered. When I was young, my dad made mixtapes by recording songs from the radio. He would play those tapes on our annual thanksgiving trip to see my grandparents in Montgomery from Atlanta. Every time “Before I let Go” came on my dad started to vibe out and I can see him smile. I learned later that Frankie Beverly and Maze was on of his all time favorite artists. And if any songs that personifies my dad, it is this one.