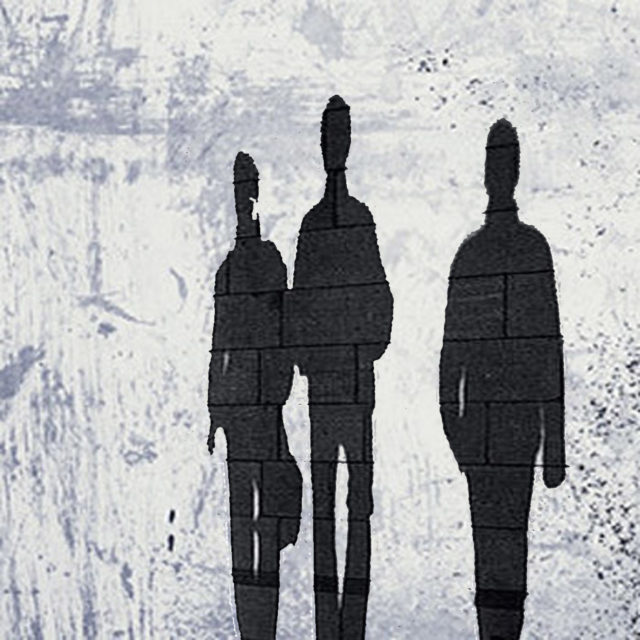 This week we’re bringing you the latest from Random Rex, a new group made up of members of Xposed 4Heads, Cyberchump and Short-term Memory. While that CV gives you some sense of what to expect from the group, their sound is still surprising. It’s huge and booming, capturing the feel of “somebody performing in another room down the hall at 3 a.m.,” in the band’s words. Fans of Public Imagine Ltd, My Bloody Valentine and early Nine Inch Nails are going to love this one.

You can stream and read about “Are We There Yet” below.

The music is built in a studio by focusing on the space the sound creates, working toward a hollowness in the center, an immediate live feel, an emptiness, an elusive inside. The band is named after a personification of chaos and uncertainty, a decline of civilization.

Band Members: Mark G.E. is the leader of Xposed 4Heads, a neo new wave dance party band and member of Cyberchump. Jim Skeel is part of the duo Cyberchump, with Mark G.E. that create trippy downtempo electronica which was included by Paul Morley of Art of Noise as One of 88 Bands You Should hear and recently scored the soundtrack for the film Zombie Frat House. Tim Higgins is a drummer who works with Jim Skeel in Short-term Memory, an art rock electronica band from Kansas City that recently had a vinyl release on Séance Centre. Jesse Montijo from Dinosaur Rocket plays saxophone and flute. Mark and Jim write the songs and trade off on lead vocals.Mark sings, plays bass, angular guitar, keys and programming. Jim sings, plays melodic guitar, keys and programming. Tim plays drums.

The album is available March 6 on Bandcamp: https://randomrex.bandcamp.com