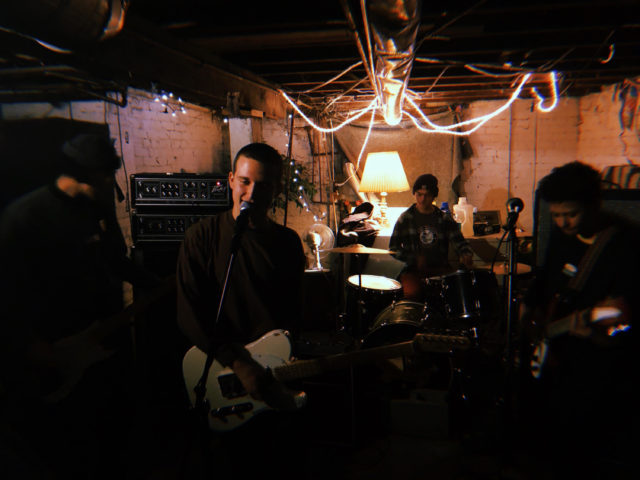 While some bands find their members, then hit the writing process, Retoro’s debut EP was actually written and ready to record before the group had their official lineup.

East Seawright (vocals and guitar) and Mason Mattner (vocals and guitar) started writing the self-titled release prior to finding the other members. The two worked together on a collection of songs then found drummer Enzo DeMay (Abby Jeanne, Freespace) and bassist Leo Mata (Beggar, Mister). 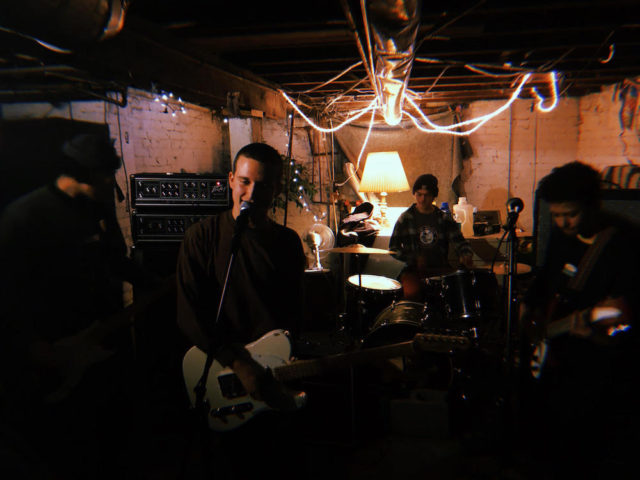 Retoro. Photo courtesy of the band.

Once the group formed, the four recorded with Shane Hochstetler at Howl Street Recordings. Despite being a new and relatively young group, the 4-track EP is an impressive compilation that captures the chemistry of a group that has been playing together for years.

They clearly are having fun with their varied and irregular tempo swings, serious and also tongue-in-cheek lyrics (with vocals that are reminiscent of Alex Turner), and eclectic rock influences. Overall, the release is a solid, fun rock record that balances relatability with a little lighthearted fun.

Listen to the debut below.