Rockers The Golden Grenades flaunt their chemistry on ‘Fade Away’

Rockers The Golden Grenades flaunt their chemistry on ‘Fade Away’ 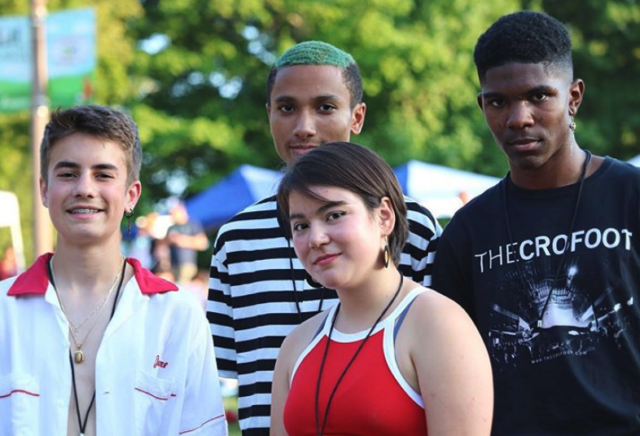 For today’s premiere, we’ve got a new one from the young rock band The Golden Grenades. You can stream “Fade Away” now ahead of the band’s show at X-Ray Arcade on Aug. 23 and their album release party on Aug. 24 at Velobahn Coffee and Cycle.

The Golden Grenades haven’t been at this very long, but they’re already playing some big gigs for a high school band, including shows at Summer Soulstice, Summerfest and Brady Street Festival, where they impressed the heck out of us playing our stage.

Members Terronn (bass), Owen (drums) and Josh (guitar) met through a combination of the Milwaukee Youth Symphony and High School of the Arts, while the guitarist and singer Maya’s dads play in a band together.

On the driving rocker “Fade Away,” the band flaunts their chemistry, riding a ripping riff as Maya sings with shades of rock greats like The Pretenders’ Chrissie Hynde and Elastica’s Justine Frischmann. This is rock at its zippiest and most entertaining.