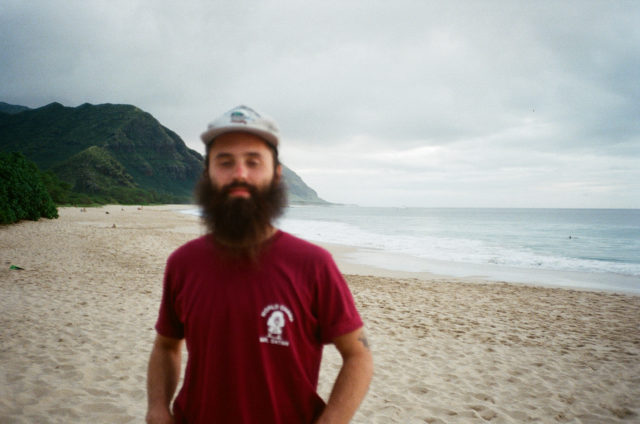 Most rappers aren’t especially thoughtful about how they feature producers on their albums. They’re happy to use their beats, sure, but they present them out of context, or place them next to other producers’ beats they might clash with. It’s almost disrespectful, in a certain light.

For his new album “I Steel of Radiance, I Feel So Action,” s.al (formerly Safari Al) wanted to make sure his producers got their due. The rapper/poet structured the project as two distinct sides, each a showcase for a producer. The first side was produced by Steel Tipped Dove (Joe Fusaro), a Brooklyn beatmaker with a heady, low-key sound. The second belongs to Cold Lunch, the alias of Milwaukee expat Sahan Jayasuriya, whose beats pack more of a classic boom-bap punch.

“I was trying to engineer a situation where I could bring attention to these people in my life who are music producers who I feel deserve more recognition,” says s.al, who since his 2017 project “Little Man, You’ve Had a Busy Day” has relocated from Wisconsin to Biddeford, Maine, to work at Soulfolks, a record shop and label space run by his Ruby Yacht labelmate milo (the new album’s only guest rapper).

“The first half of the project was created in a loose, freeform space, and the second as created as a counterpart,” s.al explains. “Dove’s beats are a lot more mellow. They’re radiance, so they inspired subtlety. But Sahan’s beats were a lot more action. I was moved by that action and encouraged to join in and accelerate.”

To emphasize the juxtaposition, s.al presented Side A’s songs mostly in lower case and Side B’s in all caps. But every song, even Side A’s more laidback ones, is short and purposeful, acutely aware that a listener’s attention is rare and precious and shouldn’t be taken for granted. It’s the opposite of zone-out music, rap that asks you to lean in and hang on every word.

You can stream the new record below, along with several of its music videos. It’s available for purchase on Bandcamp.