Stream the latest from Some Strange Kaleidoscope, ‘Glass Oven’

Stream the latest from Some Strange Kaleidoscope, ‘Glass Oven’ 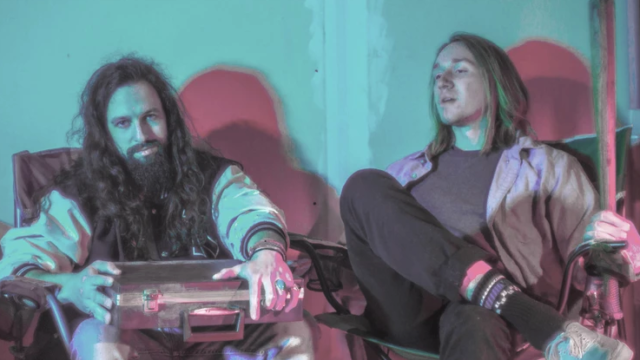 Some Strange Kaleidoscope is an audio/visual recording project and experimental, psychedelic band from Milwaukee, formed in 2019. The project is masterminded by artist-duo Jeff Grabo and Phil Hoge. The artist-duo has leaves plenty for the imagination with low-key introduction “Patina Screamer.” But the band promises to keep audiences in interest as they stagger-release tracks from their growing vault alongside audio-focused, visuals, and multimedia art.

“Glass Oven” is the duo’s newest addition to the platter. The track in recording, is one of the project’s more melody focused grooves, featuring layers of Grabo’s undeniably catchy psych-choir vocals sitting atop a whirlwind of modulating instrumentals, held together by an ever-changing bass groove. Although it could stand alone, this track is one half of an entity, the other being “Glass Wall,” Which features the alternative side to the project’s sound, drawing on Phil Specter’s “wall of sound.” It’s a whirlwind of dynamic personalities, ever fluid, creating a sonic world of aggressive post-punk attitude then without notice, changes in nod to Tame Impala-esque psychedelia. Visual accompaniment for both tracks will soon follow. The track officially releases to all streaming platforms on Nov. 15.  88nine has the scoop one week early! Physical pressings will be available after the initially batch of singles are released, available on the project’s own imprint: Deeper Creature (LLC).