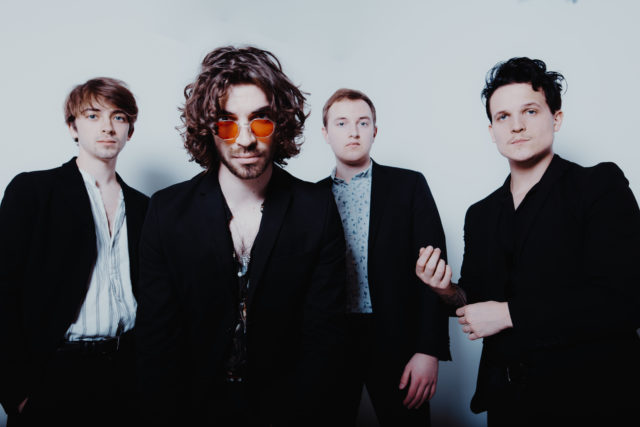 For this week’s premiere, we’ve got a rager from the Waukesha garage-rock outfit The Keystones. Recorded and produced WLVS with sound engineer Aaron Isaacson in Princeton, Ill., the group’s new song “WLVS” was “inspired by hard-rock groups that the band look up to, notably Reignwolf and Cleopatrick, both of which The Keystones have been lucky enough to share the stage with,” according to the group. “They opened for the blues-rock powerhouse Reignwolf last September at The Rave, and will be opening for the up-and-coming rock group Cleopatrick at two venues during their first national U.S. tour in March, the first of which will be at Milwaukee’s own X-Ray Arcade.”

Fans of Stone Temple Pilots’ glammy later albums are really going to enjoy this one. You can stream the track below.

“WLVS” is a hard rock tune with lyrics that at surface level appear to be about a relationship, but are actually describing the creative process and what it means to pursue a creative career. The “you” mentioned in the song isn’t necessarily a person, but rather a life of spontaneity and creativity.