These are the most uniquely popular songs in Milwaukee, according to Spotify

These are the most uniquely popular songs in Milwaukee, according to Spotify 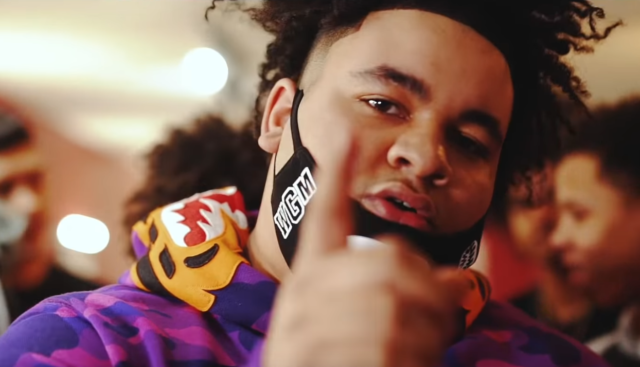 Music preferences have always been extremely regional, and in the data age, those preferences are easier than ever to quantify. Since 2016, Spotify has been charting the most disproportionately popular songs in hundreds of markets around the planet with playlists that provide a fascinating, real-time glimpse at the unique listening habits of different cities.

So what’s popular in Milwaukee? As always, rap — and homegrown rap in particular. A full nine out of the top 10 songs on Spotify’s “Sound of Milwaukee” playlist are by Milwaukee rappers, and they’re a mix of old and new, mixing recent tracks from white-hot rappers like Big Wan, Mari Boy Mula Mar and 54 Baby Trey with older favorites like Solowke’s 2017 anthem “Federal” (a longtime staple on this playlist’s top 10) and Munch Lauren’s 2015 statement “Big Money.” Never let it be said that Milwaukee forgets its classics.

Other Milwaukee artists on the playlist include WebsterX, Lex Allen and BoDeans, whose 1991 song “Good Things” sits at #27.

Even beyond Milwaukee rap, it turns out the city’s tastes in rap are extremely regional. From Tee Grizzly and Baby Smoove to Sada Baby, Cash Kidd and Baby Face Ray, Detroit rap is very well represented, as is Chicago rap (through bigger stars like Polo G, Chance The Rapper, G Herbo and Lil Durk).

Rap is the big headline, but there’s a fair amount of commercial country on Spotify’s Milwaukee playlist, too, from Zac Brown Band and Eric Church to Brad Paisley and Brett Eldredge. Bleachers and The Head and The Heart represent the alternative side of the spectrum. There’s a good dose of jam on the list, too, with tracks by Trampled by Turtles, Phish and Grateful Dead. Why is “Franklin’s Tower,” of all Dead songs, the most disproportionately popular in Milwaukee relative to the rest of the world? I honestly couldn’t fathom a guess. The playlist doesn’t tell us why; it just tells us that it is so.

The “Sound of Milwaukee” playlist isn’t a great listening experience (if you somehow make it 34 tracks in, you’ll be bounced from a Toosii song to a Kip Moore track then onto a Yungeen Ace song — a ride I can’t imagine even listeners with the most open minds and varied tastes enjoying). But it’s fascinating learning what music our neighbors enjoy, and even more fascinating comparing Milwaukee’s tastes to other cities’.

Madison’s playlist, for instance, is absolutely dominated by indie rock and college rock, with few surprises and little in the way of local acts. There’s hardly any rap music on Madison’s playlist at all, and certainly no Milwaukee rap. One of the only songs shared between Milwaukee and Madison’s playlists, though, is from a Milwaukee artist: Lex Allen’s “Tangerine Daydream,” which currently sits in the Madison playlist’s top 10. Lex Allen, it seems, is one thing both cities can agree on.

You can stream Spotify’s “Sound of Milwaukee playlist below.