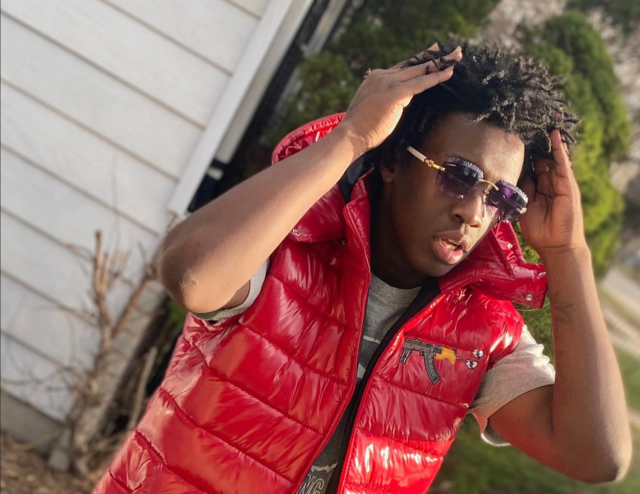 Sometimes I imagine what it must have felt like when Rakim first came on the rap scene. The mid-’80s were a particularly showy time for hip-hop. Even the hardest rappers of the time had a hammy quality; many raised their voices an octave or two when they rhymed. But Rakim didn’t do that. He rapped in his natural register, a bassy monotone. No rapper before him had ever sounded quite so cold, so sure, so authoritative. He didn’t rap louder so you could hear him. He made you quiet down and listen to him.

54 Baby Trey is that kind of rapper, too. Given his youth, it’s likely that Trey has never even heard Rakim, but he strikes me as one of that old-school icon’s closest modern corollaries, a rapper who coasts on sheer presence, stripping his rhymes of any performative embellishments. That makes him stand out in Milwaukee, a city where the biggest rappers tend to be entertainers, singers and weirdos. The city needs rappers like that, of course. But for all the talent in the city right now, few rappers carry the gravitas of Trey.

Today is 54 Baby Trey Day in Milwaukee — May 4, or 5.4, if you will. How does one celebrate 54 Baby Trey Day, you ask? Presumably by listening to his music, which you can do below. I’ve embedded a few of my favorites at the bottom of this post. But the main event is a live stream tonight at 8 p.m. on Facebook and Instagram, featuring Destinee Lynn, Shantii, Lil Saucy, $hady Kie, BHG Action, BHG Shay and Chosen Kidd.

It’s all part of a big promotional push the rapper has been making this year. For weeks he’s been teasing a new single called “Head in the Game” with a TikTok challenge called the 54 Baby Spin. His Instagram page is full of submissions. I can’t recall the last time a Milwaukee rapper so aggressively plugged a single that wasn’t out yet. The track sounds incredible, but if you want to hear it, for now you’re limited either to the small snippet circulating on TikTok, or some unofficial, bootleg-quality uploads of the track on YouTube.

Hopefully the official video drops soon, but in the meantime you can enjoy some of these 54 Baby Trey highlights below.