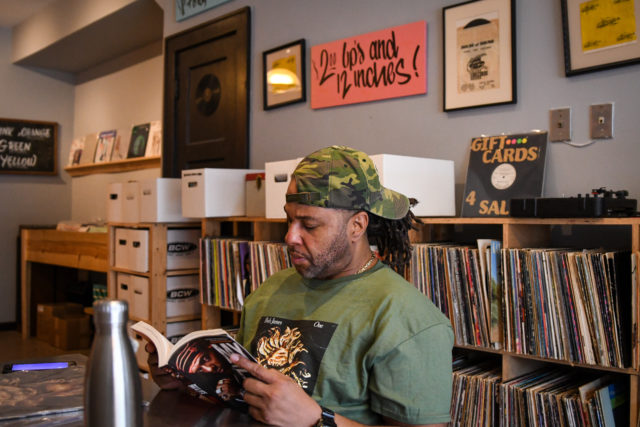 For this week’s premiere, we’ve got the latest from rapper Twan Mack. If “Marvelous” sounds like a callback to the heyday of ’90s alternative rap, that’s because Mack is a veteran of that scene, having been a founding member of Kali Tribe, the first Milwaukee rap group ever to get aired on BET. A quarter century later, the same mischievous spirit informs his music, and you can hear it on “Marvelous,” a song that flips a widely sampled track from jazz pianist Bob James.

Quality and consistency best describe the body of work ​Twan Mack​ has provided us since his reemergence onto the global hip-hop scene nearly two years ago. This time around the veteran Kareem City​ (aka Milwaukee) emcee/producer/beatboxer/visionary brings us a party anthem he calls ​Marvelous​. Wasting no time, Mack immediately lets his audience know that “Marvelous” is his way of paying homage to ​Bob James​, one of the greatest jazz pianists of all time, whose composition, “Nautilus,” is one of the most sampled selections in hip-hop history. Everyone from Run-DMC​ to ​Wu-Tang​ has sampled this classic, while Mack gives us his beat-boxed version at the end of the song. Just as profound, Mr. James has already given Mack his approval of “Marvelous” via their twitter and Facebook correspondence.