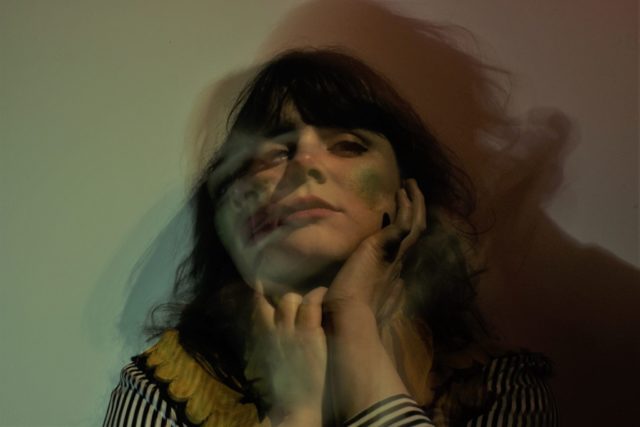 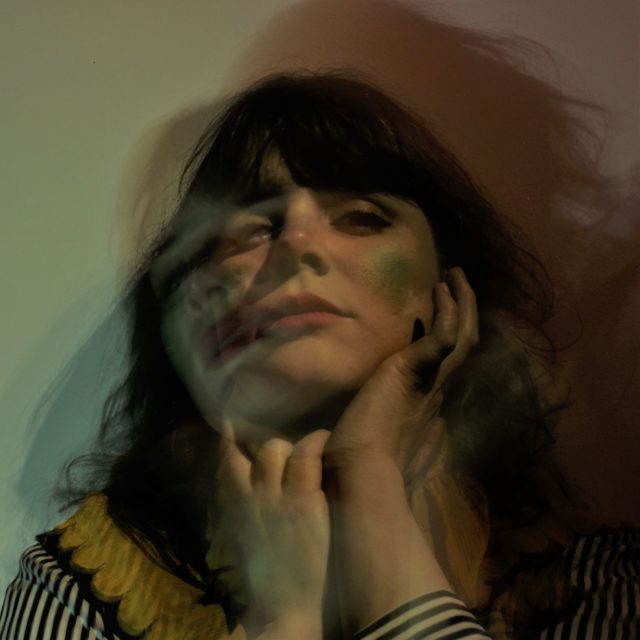 From features to her first full-length

You may recognize the haunting croon of the Milwaukee-based singer Amanda Huff from her collaborations with artists across genres—from the smokey jazz of Strangelander, to electronic collabs with artists like Dream Attics, Bonelang and a track with MSO cellist Peter Thomas. We had a chat with the artist earlier this week to dig into how she transitioned from collaborations to her own solo album “Hemiptera.”

I came here about eight years ago, for art school at MIAD. I was a double major in Painting and ISA, which stood for “Integrated Studio Art.” You could do whatever media you wanted, but all the classes were focused around building concept, rather than technique necessarily.

I was always more private with my musical pursuits. I didn’t have any musical knowledge, so I didn’t go to school for it. Art seemed like a better bet. But while I was at MIAD, I was always in musical projects. I used to be in a folk band. I did installation work where I would use sound. Much of my musical pursuit didn’t start until after college.

2. Where you always singing around your house? When did you realize you were interested in singing?

It’s weird, I remember when I was five at my grandparent’s cabin, just listening to everyone walking around the space and trying to imitate their voices. When I realized I could do it pretty well I thought, “The voice is pretty interesting, you can make it do ten different things. Let me continue playing with that.” That developed over time into this constant play of sounds developed through many showers and being locked in my room. Bless my mother and father for putting up with every awful noise that emanated from my living quarters. You gotta learn how to wail somewhere!

3. When I first heard about you, you were collaborating. Now you have solo work out. What was your journey to becoming a solo artist?

I feel like I just came into the scene a year ago, even though I’ve been here for years. Just staying under the radar. One of my biggest goals when making music is to have versatility in my abilities. I spent a long time hopping around different genres, trying to hone in on different tones and capabilities of my voice. So, when it came to articulating things that I personally wanted to communicate through my music, I would have a proper toolbox. I’ve done a lot of different features with hip-hop, Dream Attics, electronica… it’s really hard to find your own voice and have it be something you want to commit to.

The hardest part about being a singer was nobody told me I would have to be the leader or the face of it. I have to answer the questions, I have to talk about the concept and my lyrics… It’s not only difficult to constantly make sure I’m sounding articulate, but also that I’m meaning what I’m saying from the heart. I’ve always been a really intentional lyricist, but to have the courage to talk about the things then when they are darker, it’s hard.

One of my biggest goals when making music is to have versatility in my abilities. I spent a long time hopping around different genres, trying to hone in on different tones and capabilities of my voice. So, when it came to articulating things that I personally wanted to communicate through my music, I would have a proper toolbox.

4. What was it like to come up in music through the Milwaukee music scene?

It was kind of unreal, honestly. I had no perspective of what it took to do things, to execute them, to be known for my sound. The very first show I ever played was at a mosque with Blessed Feathers. They were like, “You guys are a really cute band just getting on your feet. How about you play with us for our next two shows. We’ll just split our set in two and you can come in the middle and do three songs.” That’s not something bands do. It was super cool of them.

For the second show, they were playing Ryan Holman [of Hear Here]’s Halloween party which was crazy. We played that and Ryan Holman immediately latches on and says, “Let’s get you doing this and this and that and that…” I went home that night and cried. “There’s no way this is what it’s like…” The scene has always been very nice and welcoming to me. It’s been a good, gradual growth, but there’s so many different steps you need to learn how to assert yourself in. I think it’s good it’s been gradual.

5. I know you are more involved in music this year, but do you still keep a day job?

Oh yeah. I have three. I work at Anodyne full time between barista and wholesale. Barista is pretty much every day. Once a week I work in the back making the iced coffee. It’s really interesting; all these numbers and a very specific process.

My other job is cleaning apartments for my landlord, as they are switching over tenants. The day that I was releasing my album, I had to clean a unit. Released an album, went to this house and I’m scrubbing out toilets as this album is circulating the internet. It really helps keep things in perspective – “you just did a good thing, but you’re still not sh*t.”

Watch the video for “Gravetalking” by Amanda Huff below: