You Should Know Dramatic Lovers

You Should Know Dramatic Lovers 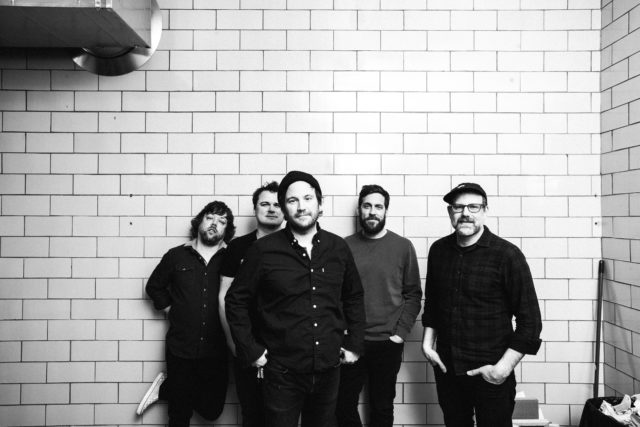 Former members of Maritime, The Promise Ring and Decibully make up Dramatic Lovers

Radio Milwaukee checked in with BJ Seidel, frontman of Dramatic Lovers, in advance of their new album, “You Talk Loud” released digitally on May 24.

The members of the band have performed under different monikers in Milwaukee for decades. Read below to learn how they are keeping this current project fresh.

1. I’ve seen you play in bands since I was a teenager, but when did you start making music?

I had a high school band with Biju [Zimmerman] and Ryan Weber, who eventually played in Decibully. Then, a rotating cast of guitarists. Our first band was called Faceless Neighbors. That would have been 1990 or ’91. That morphed into a band called Mathew’s Uncle. That was our college rock days, but we weren’t even in college yet. Then, we started Camden. Ryan, Biju and I and Eric Osterman. When that ended, Decibully started.

It’s pretty crazy, Biju and I have been buddies since we were 12 or something. We learned how to play music together. We used to sit and listen to New Order “Technique” and think, “how do we get these drum sounds?” We couldn’t figure it out. Of course, there were sequencers and drum machines, but we thought someone was playing like that. We spent so many hours trying to figure out the high hat patterns. Then we realized. 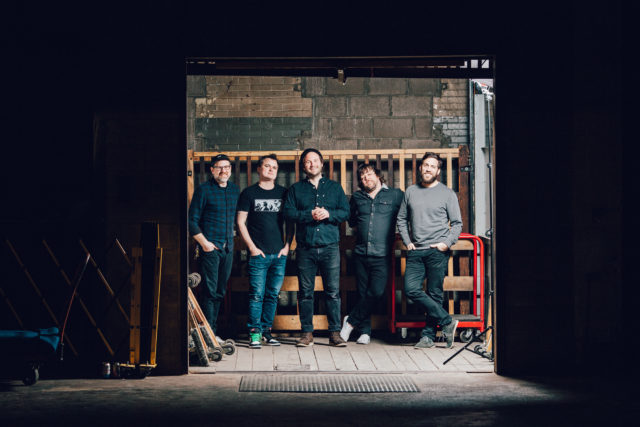 2. With this upcoming album “You Talk Loud,” how did you come up with something new after doing this for decades?

For me, as Decibully, for example, Ryan Weber did all the recording and mixing from start to finish. Once the songs were there, he recorded them and took it away and did what he needed to do. What separates this album, is we have our own studio space. Maritime had all the equipment because they recorded their last two records there. Dan Didier, who plays keyboards in Dramatic Lovers, is well-versed in engineering, so he gets the sounds. We thought it would be fun to take our songs in a new direction, so we had our friend Jason Todd come in and produce it from demos all the way to the final product. He helped us change up songs, tempos and he helped us write cool parts. He was literally there for every single recording session, too. He really shaped the record in a way none of us would have shaped on our own. And he took it, and he mixed it as well. It has a very different sound than if we would have done it all in house and mixed it on our own.

By having Jason come in and guide the songs along all the way through mixing, gave it a different experience than I was used to, bringing in someone who wasn’t a part of the band doing the recording and mixing. It was really refreshing. We’ve done music together, so it was cool to come at it with him knowing us, and us knowing him, and having a comfortable working relationship. Especially with my vocals, he’s really good at pulling stuff out of me. He’s been really good at making me think differently than I would on my own, or giving me advice I wouldn’t get otherwise. It’s really good and we had a lot of fun doing it. I hope it’s just the first time we do something together.

Our mission statement doing this band was, we don’t want to be like any of our other bands.

3. Tell me about your practice space, it sounds like a community on its own!

Justin Klug who plays guitar in Dramatic Lovers found a space where Maritime practices. When Decibully did Local Coverage, we did a set of Soul Low’s music, which was super fun. I wish that band didn’t break up. To me, they felt like the new Violent Femmes. They had that quirky, raw energy. Their music was great. We started to use that space to rehearse those songs. After we did that, we felt we had a lot of fun playing music again and we thought we should keep doing this. So then we got together once in awhile, a few people left and we ended up with our lineup now. We’ve been working the last two years as that band.

In addition to Dramatic Lovers slash Maritime, who is on hiatus, Dan Hinz, the guitarist from Maritime’s band, Hello Face with Bobby Flowers. Joe Crockett and Rx Drugs is there and Mark Waldoch has his space set up in there. It’s a fun creative space with people I’ve known so long. I think we all have plenty of respect for each other as musicians, we feel safe keeping our gear up there. We’re all in a stage in our life where we’re not rehearsing five days a week so we have plenty of time to get up there when we want to and make some noise. 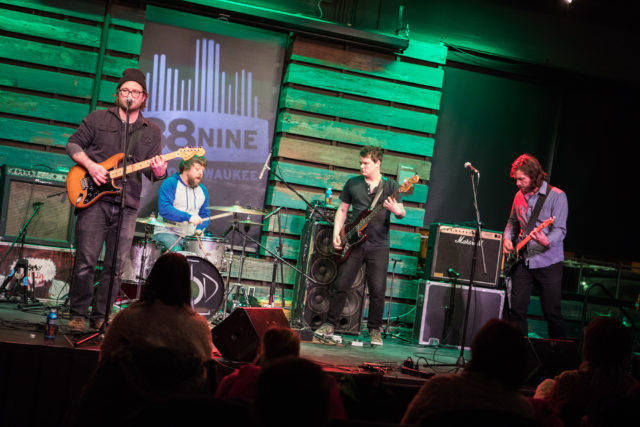 4. Tell me about the upcoming album.

Our mission statement doing this band was, we don’t want to be like any of our other bands. We’ll take the pop influence from the Maritime stuff, more of a throwback to what we grew up listening to. The 80’s alternative bands — New Order, Depeche Mode, The Smiths and The Cure. To me, that’s the blueprint. How can we, as musicians doing this for a long time, still be comfortable in our wheelhouse, but not doing what we have been…to do it a little differently.

5. What’s next for Dramatic Lovers?

Now we’ve got the mentality to agree to play more shows. We did SXSW last year and maybe two other shows for the whole year. Now that the new record is coming out, we’re gonna start saying yes to shows. It’s hard working on a record at such a slow pace as we had. We spent two years writing the record, a year recording the record. A lot of the songs we ended up recording were written right before they were recorded so we tossed away a year and a half of songs we wrote and started fresh. We’re all preoccupied with our different jobs, and life and things like that, but we still make a lot of time to do this because we like it. And believe in what we’re doing, and we’re having fun doing it.

Now hopefully people will have songs they can know and not just be a band where nobody knows any of our songs. Hopefully we’ll be a band where a small percentage of the crowd will say, “hey, I actually know this song.”

See Dramatic Lovers for yourself on June 9 for The Tonic Tavern 10th Anniversary in Bay View and June 15 at X-Ray Arcade in Cudahy.

Listen to the premiere of “Fast As It’s Made” by Dramatic Lovers HERE.