You Should Know Klassik

You Should Know Klassik 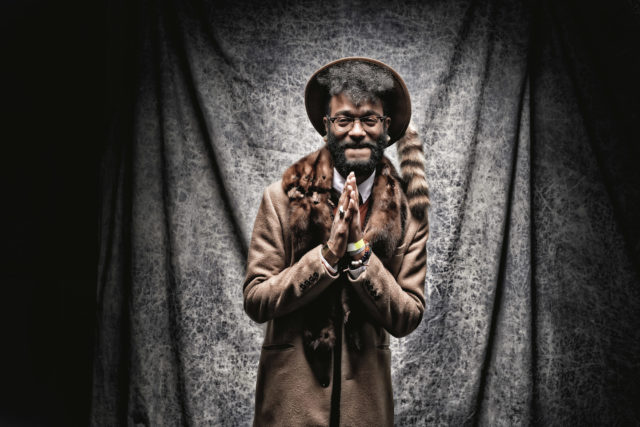 October 23 at Cactus Club with Oxymorrons (NYC) and Bonelang (CHI)

Through my dad, he was the artist. He bought me my first saxophone. I played jazz all the way through high school. I was 11 when I started playing sax. My background is heavy in jazz, which I’m trying to get back into. I use it aesthetically and vibe-wise it always has that feel, but it definitely formed much of my sound and career.

You went to High School of the Arts, right? That place seems so cool…

Yeah, everyone asks, “Is it like ‘Fame’?” Kind of, actually… yeah. People were playing music in the hallway; dancers were dancing; artists were painting, rehearsing, singing in the cafeteria.

2. As an artist you work across disciplines – is that something you carry with you from that experience?

Absolutely. It’s a big reason why I try to be involved in as many youth programs and anything that has that kind of cross-pollination and exposure, because those opportunities I had when I was in school don’t even exist or are greatly diminished from what they were.

Radio Milwaukee had a chat with multi-disciplinary artist Klassik (aka Kellen Abston). Fresh off a short tour as a guest with Collections of Colonies and Sylvan Esso and with a new EP and an LP on the way, we think you should get to know this Milwaukee artist on the rise…

Besides just playing instruments, really getting comfortable with my voice and its qualities and limitations, subtle little nuances… that’s exciting to me.

3. You’re a producer, singer, rapper… How else can you frame the experience that is “Klassik” for people who don’t know you? It’s not a band necessarily, but you always share the stage with collaborators.

Anything that’s concerned with doing something interesting with a certain level of musicality and things that are different. I don’t ever want to do the same thing. None of the records sound the same, even the solo stuff is with different musicians or I do it myself depending on the vibe of the show.

I want to make the best music possible. I want to be the best artist I can be. Personally I want to be doing not just the guest spot [with Collections of Colonies of Bees], so it’s really special to do these shows and see the back-end of production and lighting people and all the things that go into it and not being discouraged by it, but being very excited by that. Like, “Yes, this is what I want to do.” A lot of people might have that thought like, “I want to tour and do this thing.” And it’s an “either/or” instead of an “And.” I can be working on my material, while working on this EP with Sista Strings and Johanna and also still working with other artists. It’s possible.

You definitely have to be passionate about it. It’s a word I would use to describe myself musically for sure. Very passionate about the performing and performing arts and knowing my voice and what it can do in different settings and how to really use it as an instrument. Besides just playing instruments, really getting comfortable with my voice and its qualities and limitations, subtle little nuances… that’s exciting to me.

4. What’s the difference between Klassik the stage performer and Klassik the recording artist?

Not very much. There are people there? The delay between albums, I was going through this back and forth. Very recently, as silly as it sounds, I had to remind myself that I am a recording artist. I was recording things, but really focused on this one-take method, because that’s how I was doing the shows. I was recording on the same stuff I’m performing with–it’s the exact same rig. So, just getting really comfortable in that, polishing improv methods and I now feel like I’m in a really good place with that. Now I’m circling back and saying, “Remember how to be a recording artist. Cool, you’ve got the performing thing tight. This is where you want it to be. Cool. Now you have to record this.” Trying to learn new methods and my set up and its capabilities and limitations. I do like to toe that line of recording and performing. I’m a fan of going back to everybody in the same room, “….and record! Here we go! We’re gonna perform this song!”

It’s a double-edged sword thinking of records that way. That’s why you see people really good at recording because they’re in a completely different mindset, and a lot of times you see it doesn’t transfer live. You have all these great studio bands and artists and they suck live. Or vice versa, you see a band that’s really great live and you hear the recordings and it’s not good. So, I’m not trying to hit people with the bait and switch. I want to be consistent.

5. Earlier this summer you toured with Collections of Colonies of Bees and Sylvan Esso, what’s next?

There is an EP I’m working on to come out before the album. The EP is a result of the show at my place. Before I moved in there I did a show with Sista Strings and Johanna [Rose]. We filmed the whole thing and didn’t have time to record it, but people said, “You have to record this.” One of the songs on that project and is a collaboration from Johanna and I from the Guthrie show [Guthrie Uncovered]. It’s an ode to our fathers; we share a common bond of that loss. There is “Ship in the Sky,” a Woody Guthrie song about fathers off at war with the subtext they might not be coming back. We re-recorded that at Chair Company and filmed it. It will be a live studio recording and filmed with a whole crew. The goal is to do a visual for one or two more of those.