You Should Know Nickel & Rose

You Should Know Nickel & Rose 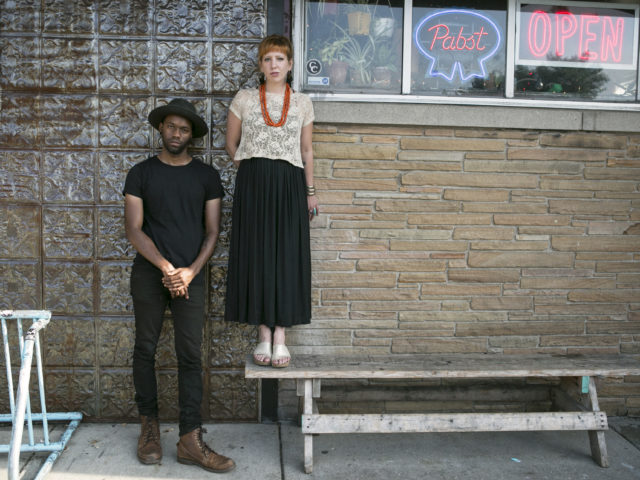 1. What were your early influences?

Johanna: Growing up, my dad always had Johnny Cash, Tom Waits, Merle Haggard, Ernest Tubb, Lead Belly, Steve Earle, Lucinda Williams and other country/ folk/ blues playing throughout the house.  At the same time my uncles on my mother’s side were playing Summerfest and local clubs with their ’80s rock bands. In high school I started going to punk shows. Now I probably listen to more of what my dad was playing, but I like a lot of different music.

Carl: as long as I’ve been playing music I have been exploring and enjoying just about every kind of music I could find. Jimi Hendrix and Joni Mitchell made me want to write songs and Jason Becker made me want to practice guitar.

2. How do you describe Milwaukee to out-of-towners?

Carl: We tell people that there’s great music coming from Milwaukee but we don’t gloss over the negative parts of the city, or life in America. We make a point to talk about the good things but since we both grew up here, we understand that the city has some serious problems.

Nomadic duo Nickel & Rose (Carl Nichols and Johanna Rose) are based in Milwaukee, but travel the world with their unique brand of folk-Americana; drawing from their roots in gospel and D.I.Y. punk to create a modern sound from traditional instrumentation with a punk attitude of modern cultural and political themes. We had a chat with the duo via email as they tour Spain.

At this point I feel that I’m trying to be apart of a greater movement to promote diversity in American roots music. I want to keep the culture alive in whatever way I can.

3. Why are you making music?

Johanna: I ask myself that every day, ha! In the end, it’s because it makes me happy and it’s a great way to combine creativity and activism.

Carl: At this point I feel that I’m trying to be apart of a greater movement to promote diversity in American roots music. I want to keep the culture alive in whatever way I can.

4. Congrats on the AfroPunk feature. The theme of the writeup and song bring up a lot of interesting points. Could you tell us a little more about the experience of the modern culture of Americana for people of color?

Thanks! I suppose it’s the same as in every style of music. Whenever a culture gets turned for a profit, you end up with gatekeepers who decide what belongs and what does not. In “roots music” including Americana, folk, blues, country etc.. the gatekeepers have decided that people of color, women and LGBT+ people have less value. From blues to hip hop, young black people are given the message that their culture doesn’t matter if it isn’t financially profitable which I think has a tangible negative impact on the community.

5. You lead a very nomadic life! Could you tell us about international touring and how you got started, along with a little about your experiences abroad compared to stateside?

Johanna: When we met, Carl was on his way to Turkey but he changed his plans and we went to Berlin together instead. We ended up doing a 3 month tour all over Europe and have been touring the States and Europe ever since. We had an idea that we would be well received in Europe and it turned out to be true.  We’ve got a great bunch of musician friends around the world and now touring is as much about playing as it is about visiting them. While every country is different, we’ve happily discovered that there are great people all over the world willing to take a chance on us.

Listen to Nickel & Rose, “Americana” below: