You Should Know Saebra & Carlyle

You Should Know Saebra & Carlyle 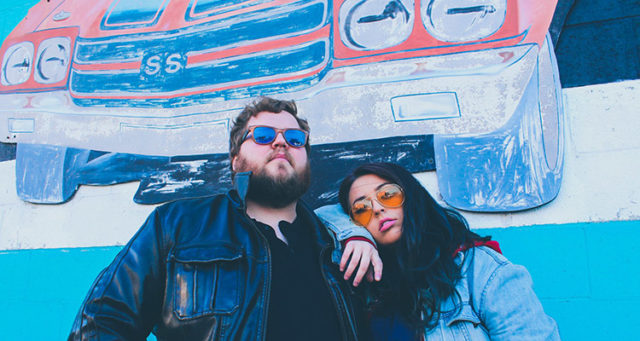 1. When did you get started in music?

Choir every year since sixth grade. I really like to sing, I really like music. When I was 21 I lived in California and somebody gave me an acoustic guitar and I just started messing around on it. I wrote my first song there and everything just came naturally. I played acoustic because I couldn’t find anyone to play with me, so I would say, “I just gotta do this by myself.” I have always liked writing, I’ve always like performing. I moved out to California to be an actress but nothing clicked. Finally, with music I get to use all those components that I love—creativity, performing… I love music so much.

I lived in California on and off since I got out of high school. I moved right at 18. I didn’t make it long, because it’s hard to make it out there if you don’t have a good support system, I was too young. My dad asked  me to leave the house because he was moving in with his girlfriend and I didn’t have anywhere to go. So I said okay, I might as well do what I want to do. Then I came back, then I moved back out there at 20. Then I came back for a man…

For the first time in my life, nothing gets in the way of music anymore which is nice.

2. What do you think of the Milwaukee music scene?

The Milwaukee music scene is equal parts amazing and frustrating. We’ve got a music scene—there is music all over the board here. A lot of great musicians doing amazing things. It’s also frustrating because a lot of the bills are male-dominated. I just want to bust up the bills a little more than they are. There’s so much female talent but it’s like, “Okay,  it’s an all-female bill.” But no, we need to bust up all the bills. Put all the names in a hat and draw them. Those should be the bills, a diverse mix. It gets tiring seeing all these dudes. We need to mix it up a bit. It doesn’t have to be the same people all the time. But that’s getting out there and knowing your music community, supporting each other. Me and Carlyle told each other if we do this, we’re going out to shows, we’re seeing what’s out there and supporting people in our community so we can receive that same support back. That’s what it’s about, it is a community. 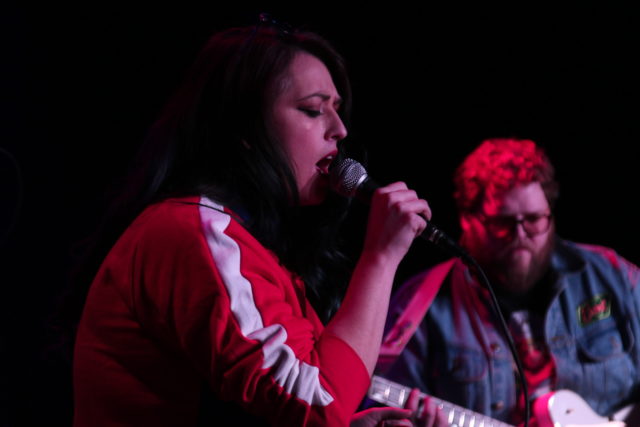 3. If you could collaborate with anyone dead or alive, who would it be?

Oh, god… Shannon Shaw of Shannon and the Clams. She’s the voice of our generation. On her first tour 10 years ago, I opened for her. Steve Look put on the show at a speakeasy venue where we weren’t really allowed to have music there, but we did anyway. I opened with my acoustic music and ever since then she’s been really cool with my music. Every time she comes into town she says, “I’ve got a guest spot for you.” She’s always the sweetest. She’s coming to Madison with her solo album which I think is the greatest thing to hit our generation.

The cinematic, “apocalyptic western” group Saebra & Carlyle has been quickly on the rise—from Cactus Club to Turner Hall in a matter of months.

We expect to see a lot more from the Milwaukee band, so we had a chat with frontwoman Saebra Laken to learn more.

For me, making music is a form of activism. The things I get to sing about are close to my heart.

4. Why are you making music? What keeps you going back to it?

I’m making music a.) because Carlyle [Nowak] and I have an unspoken bond. We’re like lightening in a bottle. Our songwriting ability is out of this world, how easy it comes for us… it’s our path. We’ve always known this is what we’re going to do, separately. And now we’re actually doing it. Everything is lining up and going as it should. For me, making music is a form of activism. The things I get to sing about are close to my heart. “F**k Trump,” taking back your power, not only from men, but society. I get to have a voice as a woman. I get to speak about what I want to speak about and reach people I want to reach. And bring emotion back to society. It means a lot to me to be able to write, make music and share it. Music is the best thing about life.

Once you put your mind to something you can do anything, you really can. It’s true.

5. Has playing more live shows affected how you record or write?

The music is changing, not only because we went from a two piece to a four piece, but now we have more people’s input. Carlyle and I write all the songs together 50/50, then we’d bring them to the band. Now, we have our drummer Jesse who will come in with a beat and we’ll all just build around that. Or he adds something to the song that we didn’t think of. Not only is it growing dynamically, but we’re becoming tighter as a group. We are in the studio with Shane [Hochstetler] at Howl Street Recordings. Hopefully we’ll have that out by early spring.

We’re way more dynamic, we have a lot more builds and crescendos and it swells so much more than it ever did as a two-piece. We’re a really tight, good group of friends, too. We practice all the time, we practice twice a week. We’re obsessed and possessed with it. We put a lot of blood, sweat, tears and emotion into this band. You don’t even know. All we can hope for is to keep growing and moving forward.

Listen to Saebra & Carlyle on Bandcamp here and stream the archive of their 414 Live session here.