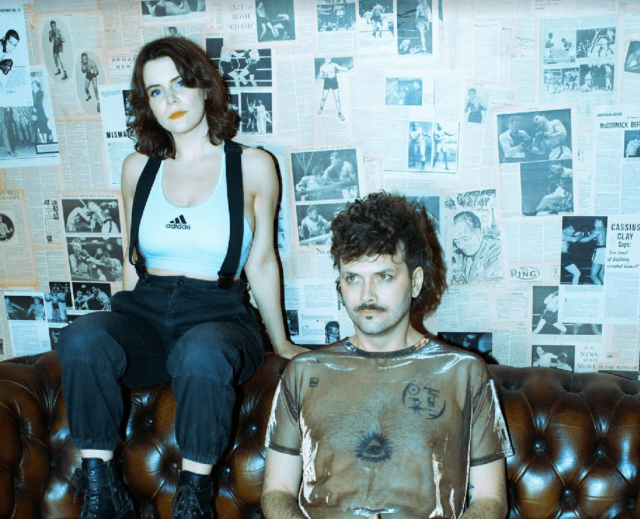 There’s an expression many of us have become all too familiar with in recent years: “The cruelty is the point.” The roots of that cruelty have been well documented, but less examined is how victims respond to it. When you’re marginalized and persecuted simply for being who you are, how do you rationalize that? How do you preserve your faith in humanity? Is it even possible?

This is heavy territory for a pop song, but Milwaukee singer Amanda Huff and producer William Gardiner (aka This Random Machine) go there on “Painmonger,” their latest single as You Win !!!. The duo made their debut last year with a blustery single called “Shrap.nel,” which played up the gothy chill in Huff’s voice, and “Painmonger” retains some of the same writhing intensity. But musically their sophomore single is much lighter, more rooted in dance and pop than its brooding predecessor, even as Huff sings of people pushed to the brink.

“Can you build a mask that adapts to the wrath inside you until this game is fair?” Huff sings. Even the song’s woozy BPMs and swooshing synths don’t take the sting out of the sentiment.

You can stream the track below, via Soundcloud, and keep an eye out for an upcoming music video.