You Should Know ZED KENZO

You Should Know ZED KENZO 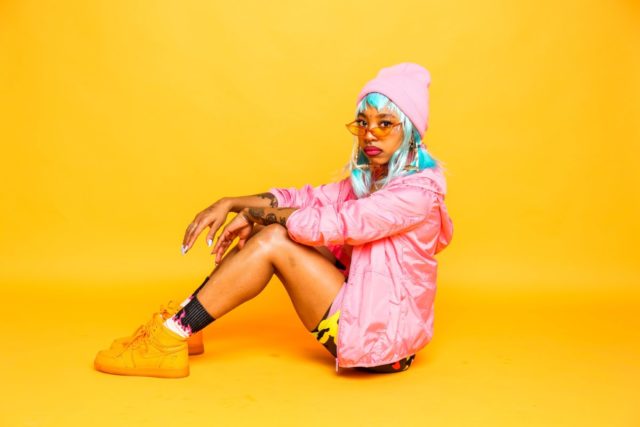 1. Did you grow up in Milwaukee?

I grew up here. I was raised primarily on Milwaukee’s North Side, 26th and Chambers, 25th and Locust, 19th and Cortland, 58th and Villard, 7th and Vienna…

Did you go to a lot of different schools?

No, we moved a lot, but I only went to two schools. MSIS the Spanish immersion school for elementary and then I went to Milwaukee School of Languages for both middle and high school. So yes, I’m bilingual, I speak Spanish but I don’t really use it anymore. It’s still there. Don’t worry, I’m definitely going to incorporate more Spanish into my music.

2. What are your current musical projects?

I’m working on releasing my singles. Currently I’m working on new music, but I’m dropping an EP in April. That EP is going to be a collection of songs I’ve worked on since the summer, possible collaboration tracks. I want to make it a big deal. My birthday is in April so I want to tie those two together and throw a big party or something. I’m hoping people will want to come to that. People have been paying attention and listening to my music, so it’s exciting to put music out and know people are looking forward to it.

I do produce all of them, but I do have a couple of songs on the EP and possibly one or two singles I didn’t produce. But for sure the EP is going to have some other production as well as mine. When I produce, no one can tell me what to do, I get all my money from it. It’s nice to have control, as a girl especially. Hip-hop, rap, the music industry in general—I like to have as much control as I can.

How did you get started producing beats?

It started with me writing songs. I took myself seriously writing in middle school because I was classically trained in piano, composing songs at that time on the piano. That turned into me writing songs with lyrics and pairing with the piano.

Then I thought, “How do I make this easier and get this recorded instantly?” Then, the MacBook came out with GarageBand. Pretty much every producer got started on GarageBand at some point in their youth. I was making a lot of beats on GarageBand in college. Then, I moved to Ableton when my ex-boyfriend pushed me to take my music more seriously.

He said, “You’re really good, you should learn how to make beats on Ableton.” So, we sat down and did a little tutorial together. I’d say one of my first actually well-produced songs was “Linda Blair” back in 2015. I’d say that’s when I started actually learning how to make beats and get good at doing it.

ZED KENZO talks about making beats, making some upcoming music in Spanish and making room in the Milwaukee music scene

After dropping some stunning new singles and completing the Backline program recently, we caught up with ZED KENZO to learn more about how this Milwaukee rapper, singer and producer came up and where she’s headed next.

I just want everybody that’s working, to keep working. I want all of us to become as successful as we can, there isn’t anyone I’m not rooting for.

4. What do you think of the Milwaukee music scene as a community?

It’s dope. I wouldn’t have grown as much as I have as an artist. I moved away, I was gone for ten years. There are so many talented people, a lot of close-knit people in the Milwaukee scene too, which I think is pretty great. That’s where support came from. Everyone believes in each other, shares each other’s music.

But the city is so segregated, there is a whole heap of kids on the North Side really involved in their own music scene and I think why I like programs like Freespace, which tries to integrate different sides of town and age gaps within the music scene here. I think it’s good. I just want everybody that’s working, to keep working. I want all of us to become as successful as we can, there isn’t anyone I’m not rooting for.

I like that I have options. I can go to a punk show around the corner, then run into a bluegrass show. There are always so many different things going on. Random jazz shows, dance–there is every genre, too.

When I moved back to Milwaukee, Riverwest was a completely new world for me. I think I came to Mad Planet once or twice in high school, I had no idea what the neighborhood was called, but my boyfriend was in a band they played a show at Mad Planet.

Then I went to Miramar once and thought, “Oh, this is the East Side.” But I never came to the East Side or Riverwest. It was so fun, everyone is so artsy and into music! It was like, “Whoa, this is nothing like where I grew up and it’s around the corner from my mom’s house in Harambee.” It’s a completely different world and it’s in like a three-mile radius.

I had an amazing experience, I still don’t consider it to be over in my mind. Mag said, “I’m really glad you won, I think you deserved it I admire and believe in you as an artist.” He’s just been helping out. Everyone involved in the program made it very clear to all of us they were going to be there for us if we needed them. They’ve made themselves constant resources. I’m sure the next people that win, they’ll tell them the same thing—“Hey, once the program is over, don’t hesitate to reach out if you have questions. We’re here to help.” It’s nice, I can go to them.

I personally want to stay involved. I don’t know who it’s going to be, either way I’ll be as involved as I can. I don’t want to overstep, but if it’s younger people I really want to step in. If it’s people who are my age, or people I’ve already known doing the hustle with me, they can do their own thing. But I still want to be supportive and go to their shows and the events.

Watch the new video below for “Type” by Zed Kenzo: