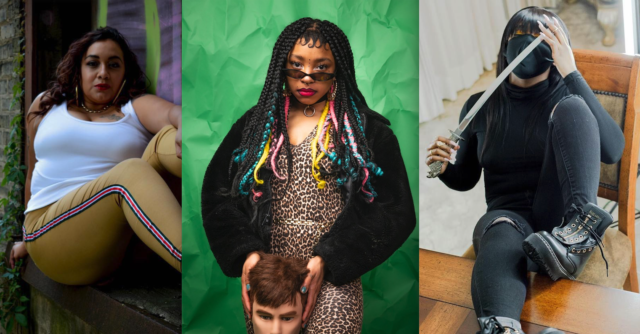 While much of the city has been lying low during this lazy stretch of summer, Milwaukee’s rap scene has been as busy as ever. Local rappers have been releasing new videos at their usual, feverish clip, and this week we got a cluster of particularly great ones from three rappers who are all hitting their peak: Rockz, Mudy and Zed Kenzo.

Stream and read about their summer-friendly latest offerings below.

Zed Kenzo has spent the year making up for lost time. Ever since scrubbing almost all of her music from the internet ahead of a career relaunch, the
triple-tongued Milwaukee rapper has been rolling out a spectacular flood of new content, teeing off on one new single after the next. It’s enough to make you feel spoiled. And now one of her recent standouts, “Fresh,” has a beautifully lit (in both senses of the word) new video from Andrew Nordstrum, featuring some cameos from Milwaukee talent and a ton of popsicles.

Is it premature to call Mudy a rising star? The Milwaukee rapper has only been on the scene for about a year now, and she doesn’t have the eye-popping streams that many of the bigger names (and even some of the smaller ones) in the city do, at least not yet. Despite her modest footprint, though, few rappers in the city have a better buzz around them. Mudy has a slick presence unlike any other in the city, and a gift for turning anybody who discovers her into an enthusiastic fan.

Pairing her switchblade flow against a clapping club beat, “Drop” comes from her great new EP “What’s Next,” and this week she accompanied it with a Gonzales Visuals-directed video riffing on dating reality shows and featuring some of the largest prop money I’ve ever seen in a music video. If you’re not familiar with Mudy yet, consider this an introduction to her unusual sense of humor.

Eight years after her debut album, “For The Love of Hip-Hop,” Rockz is still one of the hungriest rappers in the city, a rapper who turns every track into a physical workout. And as usual, she puts her back into “Daam Ma,” an utterly kinetic, salsa-kicked single produced by Trees Capish that deserves to be pumping out of car speakers all summer. Rockz has been doing fantastic work under the radar of much of the city for years now. Here’s hoping this track gives her the profile she deserves. It’s absolutely undeniable.