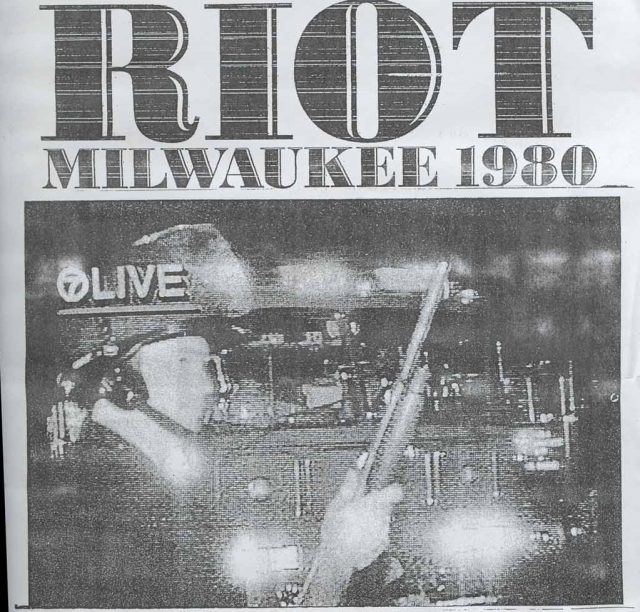 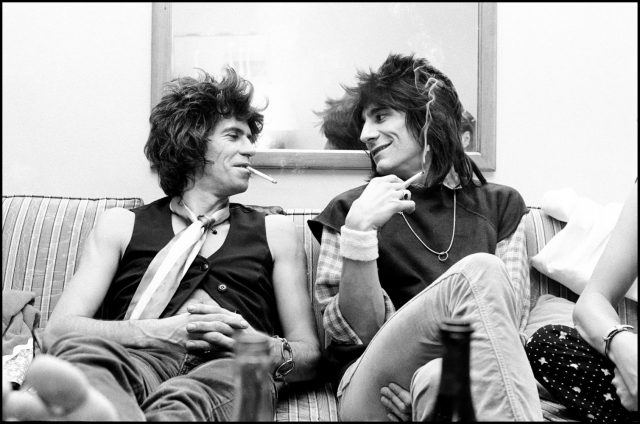 The New Barbarians were an incredibly short-lived side project of the Rolling Stones, led by guitarists Ronnie Wood and Keith Richards. The project appeared to be doomed from the start, with the inaugural show being a charity concert to fulfill the conditions of Richard’s sentencing for heroin possession, and both Richards and Wood being essentially fueled by cocaine at the time. This perfect storm of disaster seemed to only become even worse as a result of their show in Milwaukee in 1979.

Fans attending the band’s show, for reasons still unknown, were expecting “special guests” (primarily Mick Jagger) to be performing with the band, and when so guests arrived at the performances, fans began to riot. In order to pay back the promoter for the damages caused by this riot, Wood scheduled another show in 1980. However, the band was already broken up, and the band that Wood brought with him did not include the legendary Keith Richards. 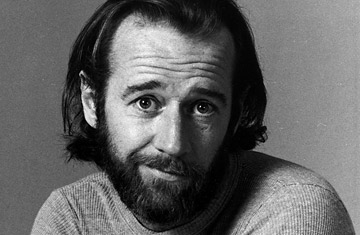 While countless stand-up comedians have reached fame off of controversy and shock value in their act; however, George Carlin may be the only person to say it got him arrested. At his performance at Summerfest 1972, Carlin paraded his now-iconic bit of the seven words you cannot say on television. Due to the presence of children in the audience and the festival environment, one police officer working security decided to call in back up and get a warrant for the comedian’s arrest.

After hearing about his impending arrest from his wife, Carlin decided to extend his set by thirty minutes, and avoided the backstage on his way out so he could ditch some cocaine he was holding before the police got to him. He was released on bail after just a few hours, but the situation became one of the most infamous moments in Carlin’s career, with the comedian even calling those words “the Milwaukee seven.” Carlin has since said that, even knowing children were in the audience, he would have done it again. 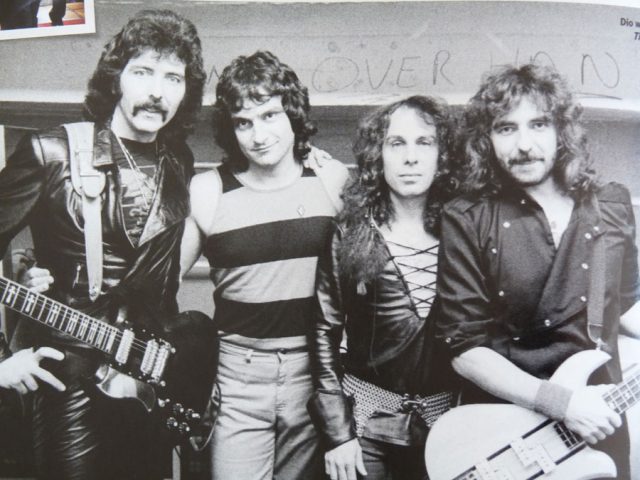 When Black Sabbath performed in Milwaukee in the Fall of 1980, it resulted in one of the band’s few controversies not involving the insane antics of Ozzy Osbourne. The band had just started the Ronnie James Dio era with the tour for their album ‘Heaven and Hell,’ and performed at the MECCA with co-headliners Blue Öyster Cult. As bassist Geezer Butler walked onto the dark stage, he was hit in the head with a (still unidentified) object, which knocked him unconscious. He was immediately taken to the hospital, and his bandmates joined him. When the house lights came back on, all the fans knew was that there was no band on the stage, and were understandably upset.

At this point, things got way out of hand, as disgruntled fans began destroying anything they could find. This led to the full Milwaukee police force being brought out to handle the situation, as well as multiple arrests and audience injuries. Butler, who recalls seeing injured audience members alongside him at the hospital, has since said that this could have happened anywhere: “That doesn’t affect us deciding to play Milwaukee or not, no not at all. I mean, you’ve always got some idiot somewhere, right?” 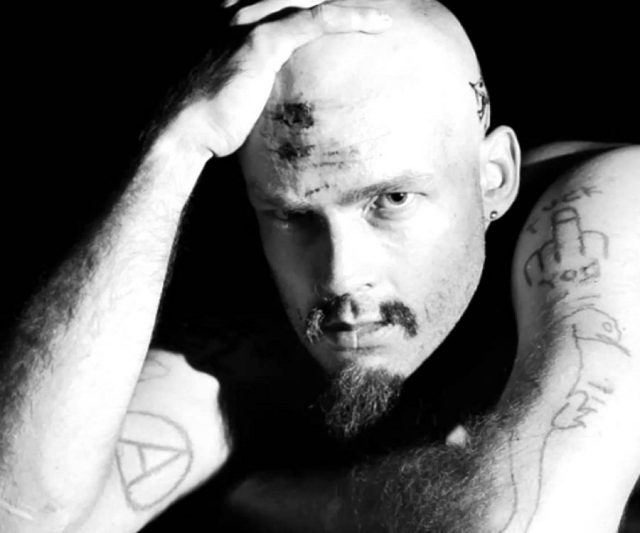 There are very few people in music that can boast the same amount of dedication to on-stage antics as GG Allin. A true proponent of the rebellious nature of rebellion in rock music, the singer was known to attack fans, commit self harm and even promise he would commit suicide on stage for the sake of his fans getting to watch. Allin was arrested for his heinous acts multiple times over his career, and his stop in Milwaukee was no exception to this. Allin performed at the Odd Rock Cafe on Kinnickinnic Ave on March 2, 1989 with backing group The Toilet Rockers, which was an unfortunate omen for the upcoming events of the night.

During his performance, Allin defecated on the stage, and consequently threw it at the crowd. Additionally, another member of the band urinated into a glass and drank it. Both acts were videotaped by an audience member, who then called the police, having the men arrested for disorderly conduct. Despite this being a somewhat common part of his act, the man booking the show, Jack Koschick, claimed to have no idea that it was going to happen. 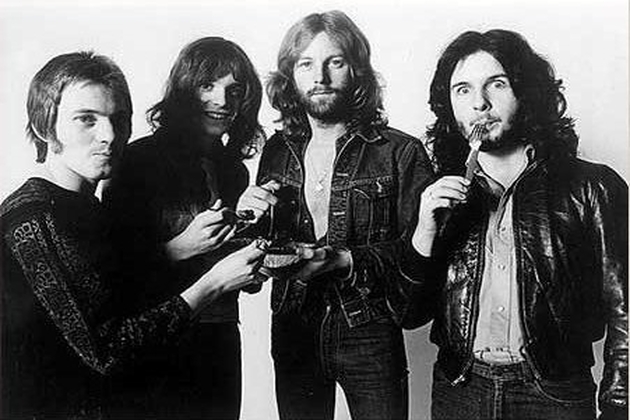 While Humble Pie does not have any sort of rich legacy as a band, they can at least lay claim to the fact that they forced Summerfest to eliminate two of its signature elements for several years. Humble Pie was formed in 1969 in England, and was considered one of the first rock supergroups, with the most notable member being guitar icon Peter Frampton. The band came to perform at Summerfest in 1973, and allegedly managed to attract a crowd of over 100,000 people.

Soon after the show, a large riot broke out within the crowd, with fires reportedly being started and police arresting over 300 audience members. While no official reason has been cited for what started the riot, one can assume that it was a combination of the heat, crowds, alcohol and energy from the show that we all associate with Summerfest. Because of this incident, Summerfest decided to book less rock shows and more “family friendly” shows, and permanently ban alcohol brought in by patrons. 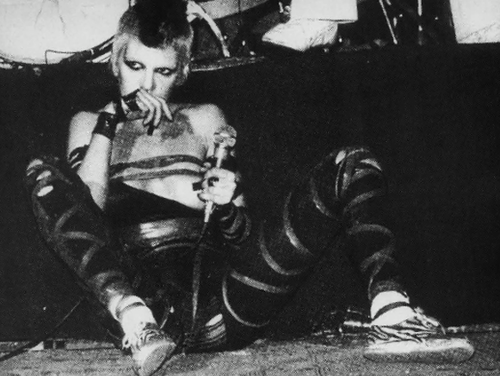 Considered by many to be the queen of shock rock, Wendy O. Williams was no stranger to aggressive, obscene and outlandish acts on the stage. As the lead singer of punk band Plasmatics, Williams quickly became known as a polarizing figure, because of acts such as coming onstage in strategically placed electrical tape, sawing guitars in half and smashing televisions during their performances. However, when Plasmatics performed in Milwaukee at the Palms Night Club in January of 1981, she took it just a little too far in the eyes of the fans and the police.

At some point in the show, Williams, with her breasts covered only by shaving cream, began to simulate sexual acts on herself using a sledgehammer. Immediately after the show, she was arrested by police, with reports also saying that she was beaten by the officers after attempting to resist. She was charged with battery to an officer and obscene conduct, but was later found not guilty when video footage of the police brutality surfaced in the case. 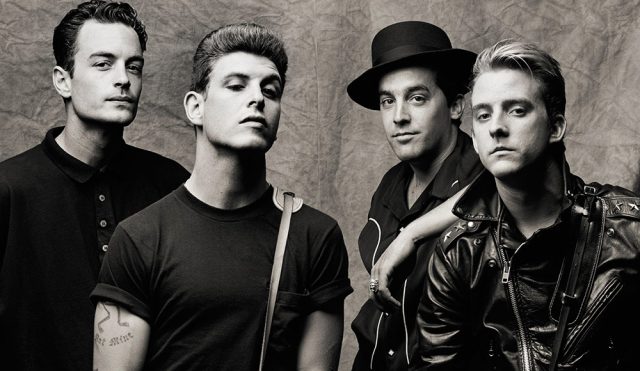 The environment at the Odd Rock Cafe was surprisingly calm and harmless on the night of Social Distortion’s performance in 1988, but there was just one small problem: the venue was at nearly triple its legal capacity. According to multiple news reports, the bar, which had a capacity of 90 people, decided to make the Social Distortion show all ages, which led to somewhere between 200-300 people filling the venue. Fans claimed after the event that Jack Koschick, the promoter for the venue, was at fault for letting too many in, and soon began asking people to leave without refund.

When an anonymous source called the police to warn them of the issue, police quickly arrived on the scene, physically removing people from the bar. When the audience members being removed demanded refunds, and were quickly denied, things began to get physical, as many attendees claimed police brutality amid the chaos. By the end of the night, there was a total number of 35 arrests for disorderly conduct.

These seven performers made tour stops in Milwaukee, and they all ended in chaos

Milwaukee has a rich history of being a great city for live music and other performances. Between the legendary Summerfest, the massive array of smaller summer festivals and the countless historic venues of various sizes, there is never a shortage of great live entertainment for Milwaukee citizens. Despite this mostly positive reputation we have, there have certainly been a few bad apples in the bunch that tarnish it in Milwaukee’s music history. Here are 7 chaotic and disastrous stories from touring acts coming to Milwaukee.