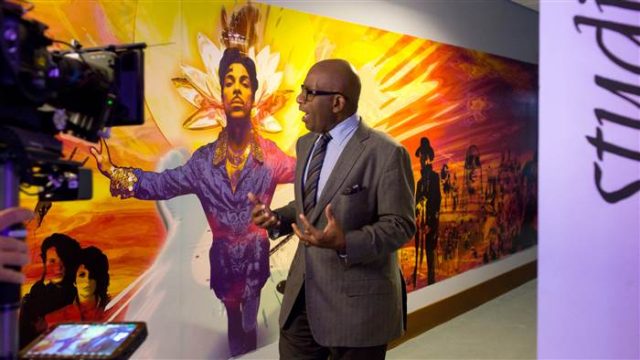 Soon, the iconic studio of Prince known as Paisley Park will open to the public as a museum.  Earlier today, NBC’s Al Roker was in Chanhassen, Minnesota to take a tour of the museum for the Today Show.

During the tour, Al Roker met with two of Prince’s half-sisters, Sharon and Norrine Nelson. They told Roker that Prince had a plan to turn Paisley Park into a museum.  Roker visited a variety of spaces in Paisley Park like Studio A, where Prince would record his music.  Roker also visited the NPG Music Club, which was initially supposed to be a place where Prince would play basketball.

Roker also talked about a jazz album that Prince was working on before his untimely passing.  According to the Roker, the album will be released at a later date.

You can watch the videos below. Don’t forget, when you donate to 88Nine between now and Oct. 12, you will have a chance to win a Paisley Park Getaway.  The Getaway includes a pair of VIP passes to tour Prince’s iconic studio, an overnight stay in a Minneapolis hotel, dinner, and more.