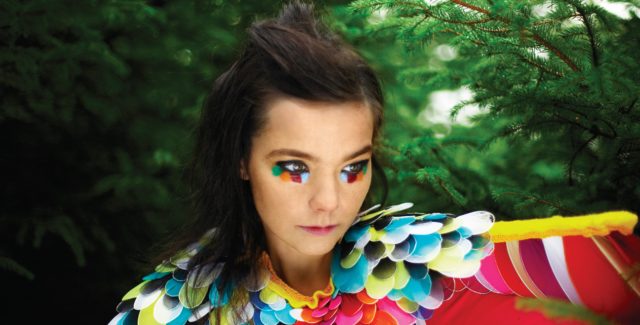 If you know me at all, you would know that my all-time favorite artist is the Icelandic wonder, Bjork.  I have been a fan of her since I first heard her sing the song “Birthday” with her group Sugarcubes on the radio in DC during college.  I actually bought the 45″ of the song “Birthday” with one side sung in English and the other side sung in Icelandic.   There is no other artist as innovative and creative as Bjork. She pushes her creativity on every album she releases.  She embraces new technology and incorporates it into her creative process.

When I heard Milwaukee’s Amanda Huff do a cover of “Hunter” from Bjork’s third album Homogenic, I was stunned.  Huff’s embodied the Icelandic singer for the length of the song.  After her performance, I told her you must curate a tribute to the music of Bjork.  And to my joy, she agreed.