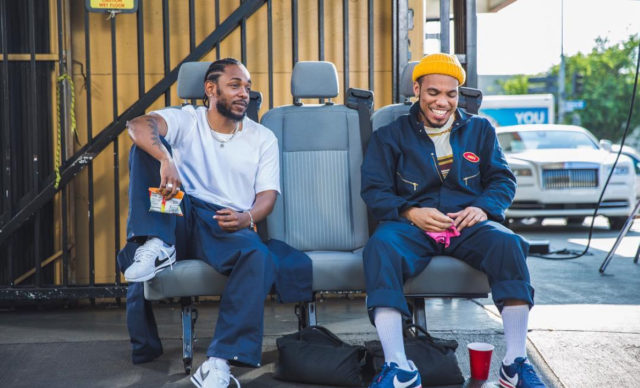 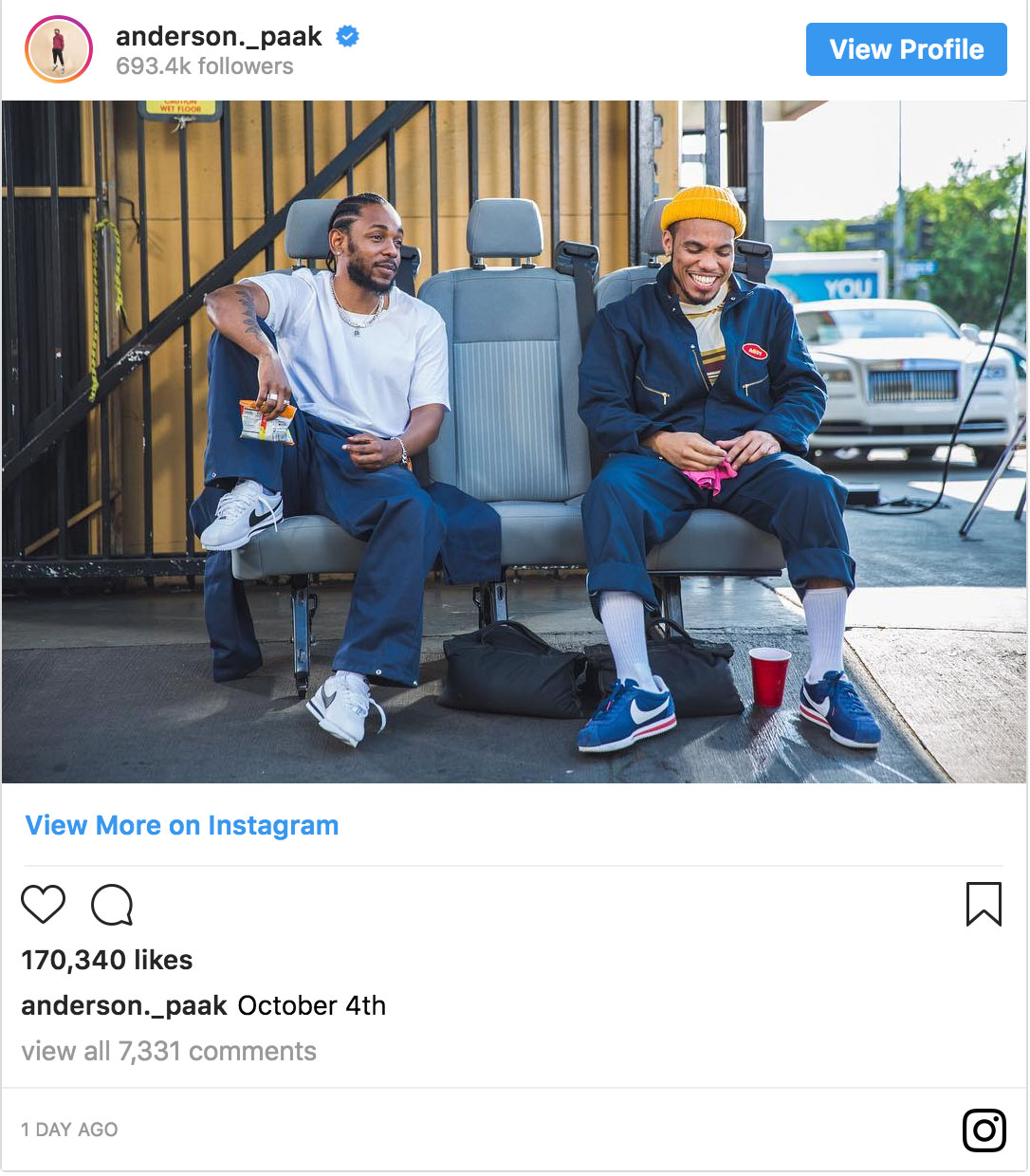 Earlier this month, it was reported that Anderson .Paak wrapped up mixing his new album with Dr. Dre.  The other day, Anderson shared a photo of himself with Pulitzer prize-winning Kendrick Lamar with the message: “October 4” via Instagram. This definitely could mean that the two teamed up for a track on the forthcoming album titled “Oxnard.”

Previously, Anderson shared two new songs earlier this year titled “Bubblin'” and “Til Its Over.” The latter was released as a video directed by Spike Jonze in conjunction with Apple’s announcement of their Homepod smart speaker.