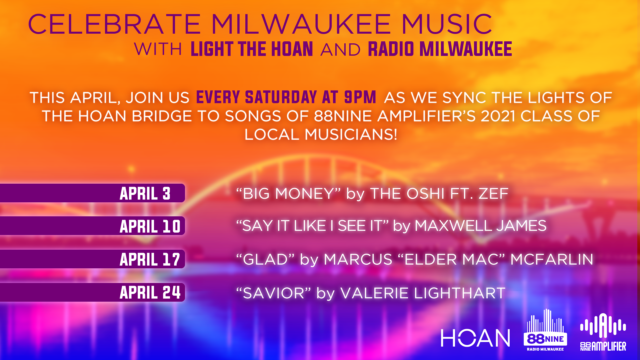 In October of 2020, the team at Light the Hoan and Radio Milwaukee announced a partnership to bring the city an amazing light show that syncs up with Milwaukee music through the 88.9 FM airwaves. Every Saturday evening at 9 p.m., our evening DJ and “In The Mix” host Kenny Perez curates the sounds that will drive the Hoan Bridge light show.

In March we celebrated Women’s History Month with some awesome musicians. For the month of April, Light the Hoan and 88Nine will have the lights dancing in the night sky by celebrating the four chosen artists in our new Amplifier program.