Despite the lack of representation for female producers, B~Free says ‘we exist’

Despite the lack of representation for female producers, B~Free says ‘we exist’ 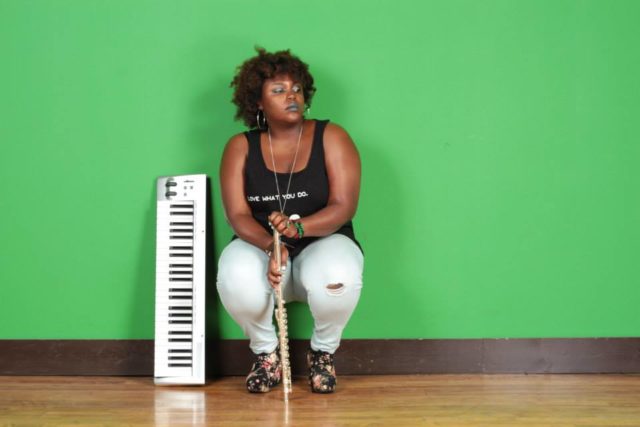 While perusing through my timeline yesterday, a friend was asking for referrals of quality music producers. As I clicked through the responses, I couldn’t help but notice that absolutely NO women were mentioned at all. Is it bcuz we don’t exist? Or merely bcuz we dwell in an industry & society that are both quick to veil our abilities when in comparison to men? If ur reading this post & can’t think of a notable female music producer, let me get u started:

My name is B~Free. I’m a singer-songwriter-producer-musician who has composed an entire album from scratch: every string, drum, beat, chord & harmony. Some of my production influences happen to also be extremely talented women who’ve produced entire projects in the same fashion, including #GwenBunn & #MarshaAmbrosius.

Women are strong, viable & creative beings beyond measure. More than anything, we exist & function in just about any capacity as our male counterparts.

She asked her followers to tag female producers in the comments and while people did, she said that the responses were disappointing and sparse.”

“They couldn’t really name anybody immediately. And that’s always been a troubling point for me.”

In spite of that, R&B neo-soul musician, B~Free is standing out as a producer.

“I want to be like a martyr or just a rallying person for showing that this is not impossible, this is not unheard of,” she says. “It’s not uncommon, despite the lack of representation.”

She’s always played the flute and piano and she’s been making songs since she was a teenager.  But, it wasn’t until a music technology class in her undergrad years at Lincoln University that she learned to use Mixcraft and Logic Pro to make songs from scratch on the computer. She says she was blown away with the new possibilities and freedoms.

After that, her instincts to learn more have been more self-driven. She was inspired to begin the journey of recreating songs, watching a lot of YouTube tutorials and using trial and error to learn production. And though she didn’t have a mentor’s wing to study under, she was influenced by producers like Ryan Leslie, Marsha Ambrosius from Floetry and Gwen Bunn.

Discovering Gwen Bunn was particularly inspiring for her when she found out that the female producer made ScHoolboy Q’s “Collard Greens.”

“Hearing that was like, ‘Whaaat?’  That that’s not even highlighted.  When you think about the song like, ‘Oh, it’s got to be a guy that probably produced this.’  But, when you actually go on and read the line of credits: there’s a woman that was responsible for the coolness of this song.”

Like many producers, (especially female ones) B~Free is self-taught. She says that in a way, it was somewhat essential for her to find her way on her own, as art and production are very personal. So, more than mentorship, she says that resources and early access to technology are most important for young musicians. Especially when so many programs are user-friendly, having free-reign to explore is the best way to learn.

The lack of women engineers and producers in music is not news. Unless they’re the musicians who are actually being recorded, the music industry has rarely seen women working in the studio. These same conversations about gender imbalance in music production have been happening for decades with little progress being made.

Singer, producer, multi-instrumentalist and educator Britney Freeman-Farr, better known as B~Free, is one that you should know.

There's absolutely nothing wrong with trying to go to undiscovered territory for yourself.

However, she does wish that she had known earlier that there were production programs out there. She has a Bachelor’s in Music Performance and a Master’s in Music Education, but had she known that degree programs and classes in music production and engineering were possible for her, she probably would’ve taken a different route.

So, to young artists (especially young women), she would encourage them to seek those opportunities.

“There’s absolutely nothing wrong with trying to go to undiscovered territory for yourself because you never know what you might end up coming out with or might you end up learning about yourself.” 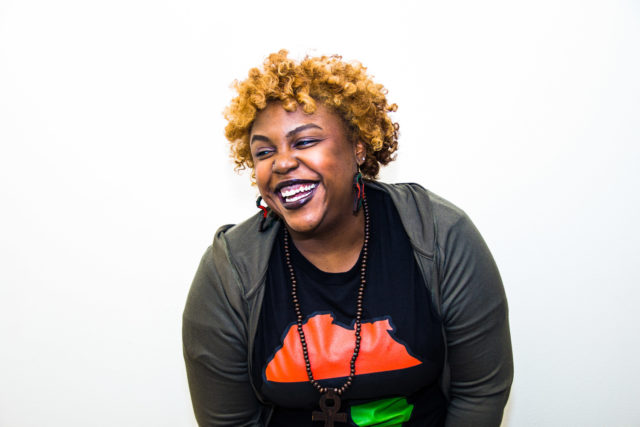 Just like she didn’t know that one music tech class would change everything for her, she says that trying new things is the key to finding yourself.

“I totally encourage anybody’s curiosity, no matter how young you are—no matter how old you are for that matter.  Anything that you feel you want to pursue, ask questions, take a class, look online, play around, get your feet wet, get your hands dirty, trial and terror.  There’s no right or wrong when you’re trying to understand what it is that you want to do.”

With that said, it can be particularly hard for women to discover the industry—and to be discovered within it.

B~Free says that even though men have been involved in every aspect of her career, they have mostly been supportive. But, she also says that she’s used to having to stick up for herself in the face of sexism when sharing her music.

“Some people can be a little bit disrespectful and belittling with how they regard or speak to you as if to say that because of the fact that I’m a woman that I can’t possibly know about what I’m talking about,” she says.

My experience and everything that I've been able to create and produce up until this point, literally, can shut people up.

Without fail, she says, “Every time I release a new song within the last few years, there’s always one person who’s like, ‘Who produced this?’  And I’m like, ‘It says B~Free, I did.’ And they’re like, ‘No, Who made the music?’ As if to say, ‘No, this must be a mistake.‘ I’m like, ‘I know…I made it…Yes, it is possible for one person, let alone a woman to really be able to make her entire project.'”

Even though it’s frustrating, B~Free says she’s happy to take on the struggle of women being acknowledged as equals in production, a positive attitude that comes from being confident in her music.

“I feel like my work can speak for itself.  I feel like my experience and everything that I’ve been able to create and produce up until this point, literally, can shut people up.”

What’s next for B~Free? She’s excited to keep making music for herself and other artists, practice live production for her shows, do some flute production collaborations and even get more into film scoring.

You can witness this trailblazer, singer, producer and flautist in all her creative and positive energy this Friday for MJ-Uncovered, a program that she’s curated and produced with a variety of Milwaukee musicians to reinterpret the music of Michael Jackson with her.

Her newest release is also from this project. It’s a beautifully-produced “Freemix” of MJ’s “Remember The Time” with minimal vocal loops and beatboxing. Check it out here.