In 1961, Bob Dylan started writing a song about Wisconsin. In 2018, Trapper Schoepp finished it.

In 1961, Bob Dylan started writing a song about Wisconsin. In 2018, Trapper Schoepp finished it. 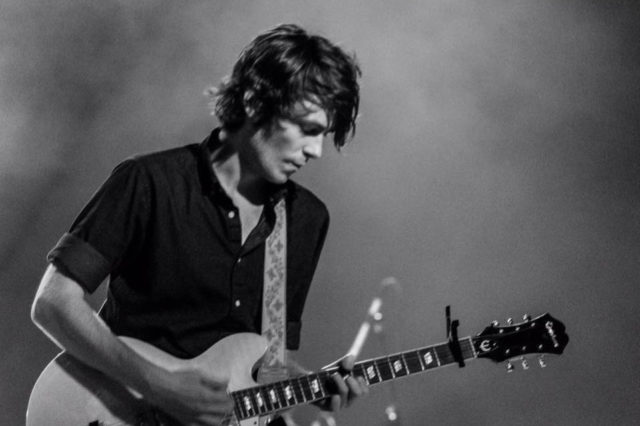 In an interview with Rolling Stone about what it means for him to see “Dylan/Schoepp” on his new album’s writing credits, he said:

“Imagine telling that to a 14-year-old kid standing in the baseball field that one day you’re going to have a co-writing credit with Bob Dylan about your home state…You just can’t make that sh*t up.”

“On, Wisconsin” is the final track on Schoepp’s upcoming album “Primetime Illusion,” due to be released on January 25, 2019.

Listen to the track below.

Listen to 'On, Wisconsin,' co-written by Trapper Schoepp and Bob Dylan

You’ve never heard Bob Dylan’s 1961 song ‘On, Wisconsin’—because he never completed it. But in 2017, when Milwaukee singer/songwriter Trapper Schoepp discovered an article containing the half-written song paying tribute to the state of Wisconsin, he took the transcription and wrote more.

Now, in 2018, his recording of ‘On Wisconsin’ is finally reaching people’s ears after Schoepp added a melody, some additional lyrics and got Bob Dylan himself to sign off on it.