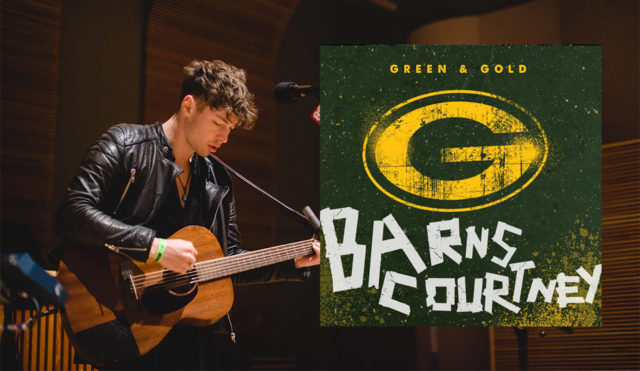 Barns Courtney, British singer who has over 45 million streams on his music and is a headliner at Rock the Green Sustainability Festival on September 9th in Milwaukee, has released a new song in cooperation with the Green Bay Packers, titled “Green and Gold.”

The song is a take on his hit song, “Glitter and Gold.”

“The struggles I experienced when I lost my first record deal, and the drive to succeed in the face of adversity runs parallel to the challenges in football,” said Courtney. “You need the same fire in your belly to play professionally be it in music or in sports. If I didn’t feel a personal connection to the subject matter, I wouldn’t write about it. I try to be as honest as possible in my lyrics. So with that in mind, I tried to find as many parallels as possible with the Packers’ world and my own.”