The Chainsmokers to headline Summerfest on July 4

The Chainsmokers to headline Summerfest on July 4 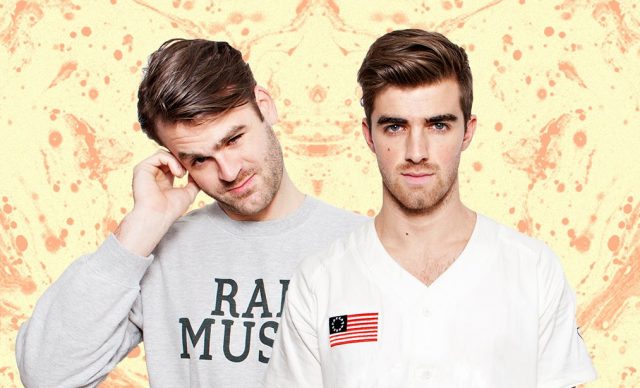 A little over a week ago, I speculated who the next Summerfest headliner would be.  I was wrong; however, one of our Facebook fans was right. On July 4, the pop-duo The Chainsmokers will perform at the American Family Insurance Amphitheater Headliner for the 50th anniversary of Summerfest.

The Chainsmokers have evolved into a dominating musical force with a diverse repertoire of songs that have led them to become today’s hottest young artist/producer duo. With a signature sound that deftly reaches across indie, progressive and pop realms, their original tracks and remixes have topped the charts throughout the world. Their evolution as producers and as songwriters has seen them dial up some of the biggest breakthrough songs of today. In 2016, The Chainsmokers were nominated for three Grammy(r) Awards, four American Music Awards, two Billboard Music Awards, two Teen Choice Awards and two MTV Video Music Awards. They have performed all over the world to sold-out crowds at their own headline shows and major festivals including SXSW, Ultra and Coachella, and also at the 2016 American Music Awards and the 2016 MTV Video Music Awards.