Being chased by Talent…introducing Kyndal J

Being chased by Talent…introducing Kyndal J 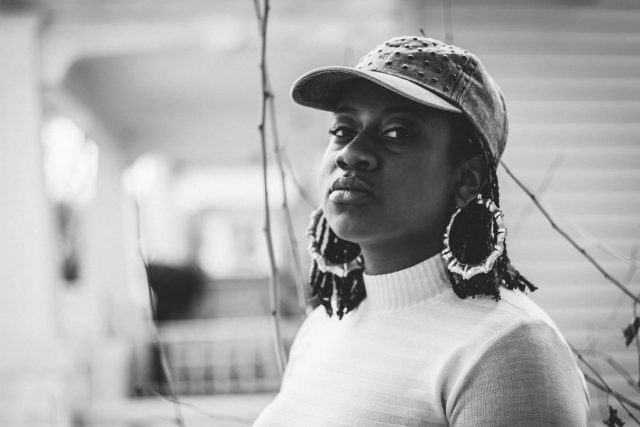 88Nine Radio Milwaukee is proud to announce our partnership with the Milwaukee urban magazine CopyWrite. Founded by Lexi Brunson and Carsyn Taylor, CopyWrite takes a unique look at Milwaukee’s culture, art, fashion, and music.  We will be sharing their stories here on radiomilwaukee.org. We also invite you to visit their website and read their magazines. Read their feature story on Milwaukee’s Kyndal J below.

Most of us have goals and aspirations that we chase, some of those things are set up by societal standards and a need to survive. Where others are formed by a quest for self-gratification and natural inclination, Kyndal J. however, describes her gift as a controlling force that she just can’t shake and in turn has learned to appreciate. 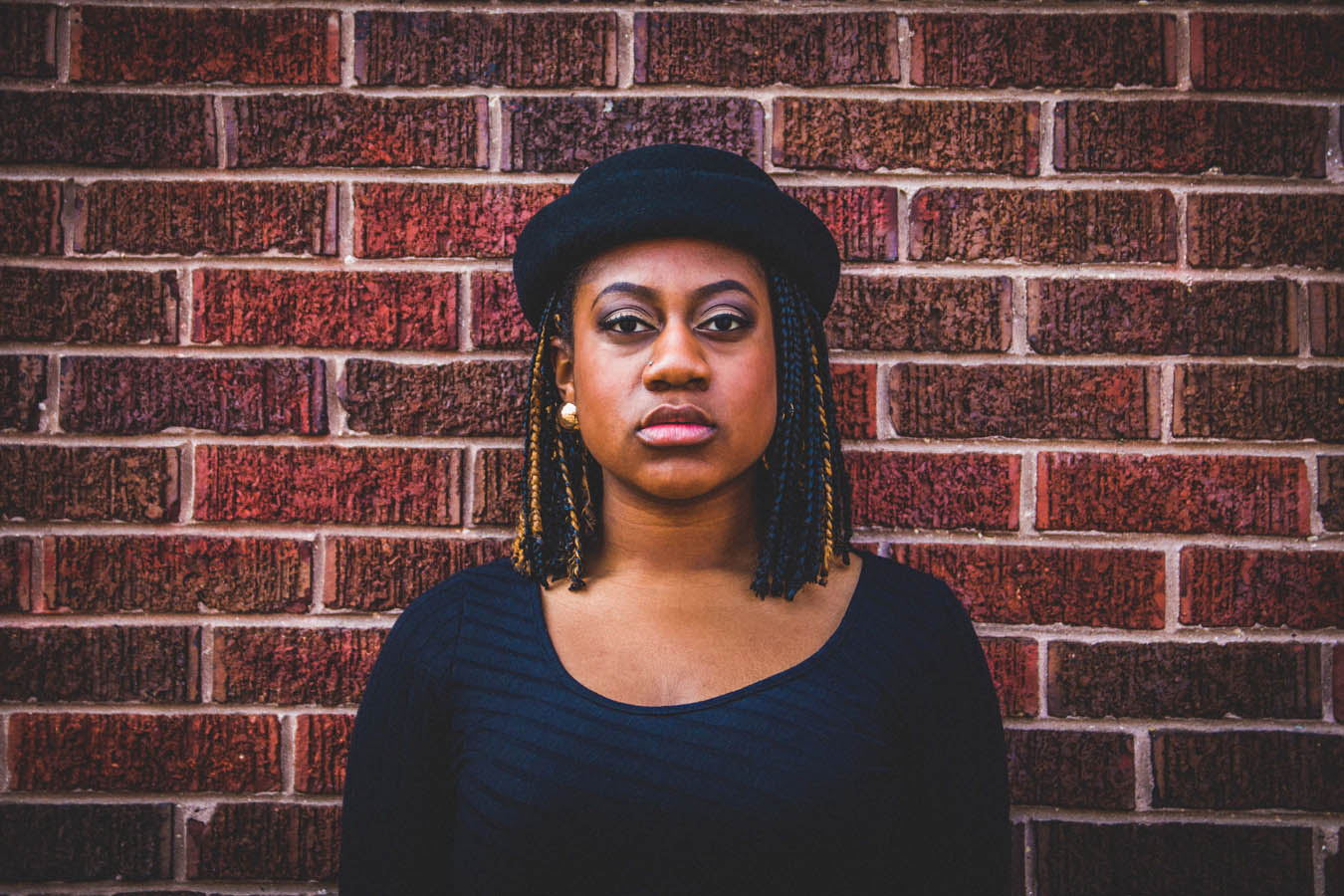 KJ: “Why not?,” she said reassuringly.

Kyndal J, born Kyndal Marica Johnson (Marica, being a combo of her father and mother’s name – Mario & Erica), was the first-born child to a mother of musical talents, who played the piano for multiple groups and churches.

KJ: “My mom had me kind of young, well right after college. She didn’t have a lot of money so she would play piano to make ends meet. So what else was she going to do with me but drag me off to rehearsal with her. I mean my dad was around but he was always working.”

So the music had always been there. Kyndal was aloof about the subject, though now it has become such an intricate part of her life.

KJ: “I want to say my mom. I vividly remember my mom forced me to be in the choir…”

This moment was pivotal to chasing her talents because at that time she would constantly reject its existence. However, she would sing at home all the time, along with her mother’s encouragement. Destiny’s Child Survivor CD was her go to album to sing out.

CW: “Okay! Getting your Beyoncé on!”

KJ: “Right! But really I wanted to be Kelly.”

CW: “Haha, see even then you already knew what was good.” (No shade…but just a little bit…ummm, we still love you Bey.)

KJ: “But back to the story. I’m shy, I was really shy then, so when she forced me to sing, I hid under a table the whole time. Even though I knew I was going home with this woman and she was going to make me sing anyways…”

“If you have this talent, don’t ignore it. Follow your heart.”

Kyndal admitted that she enjoyed singing but let her fear of public performance got the best of her. She now has advice that she could give to her younger self and others who have yet to accept their true nature:

“If you have this talent, don’t ignore it. Follow your heart.”

CW: “If you could do something else, what would you do?”

KJ: “I would open a coffee shop. A coffee shop for kids [young people].”

This concept was intriguing and thoroughly thought-out.

KJ: “Forever the plan was to graduate from college and open a coffee shop for young people…”

Kyndal revealed that she recently dropped out of school at UW-Stevens Point, where she was ironically studying music. The plan was to open the shop and have it serve as the hanging spot for inner city youth. She described it as having the same aspects of a corner store but also a communal destination where kids could go to think and create or better yet to just go and not think, but just “Be.”

The coffee shop would take the same vibe as your local Colectivo or Coffee Makes You Black but catering to the young and their sense of self. This is not far fetched since she has been with kids at the Milwaukee Rec. Dept. for the last five years. Also, growing up on Center Street, she knows the realities of the inner city struggle. Her idea is reminiscent of conversations CopyWrite has had with our counterparts in our earlier days…clearly there is a need we all notice. 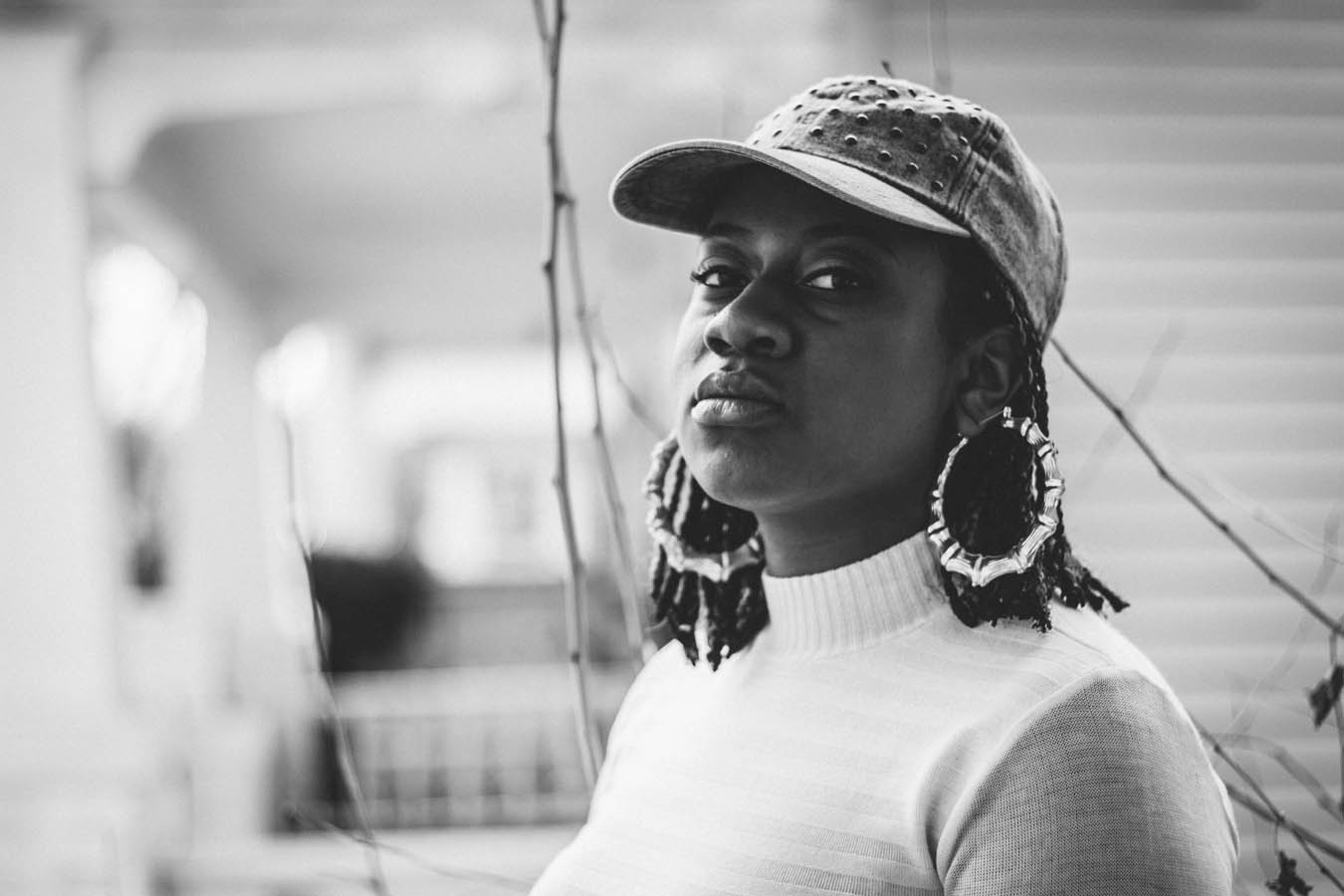 CW: “What is your vision for your music?”

KJ: “To inspire. To be relatable. I want people to listen to my music and be like, somebody else went through that…it’s alright.”

CW: “What do you call your musical style?”

KJ: “Hmm, Soul because it’s supposed to be relatable, and it’s coming from the soul…Soul, R&B, Neo-Soul. Somewhere in that category.”

Her project Bloom is a definite depiction of soulful imagery and her vocal ambition creates the type of riffs that make the mind ponder.

Kyndal J is starting to come into her own. Her position as a singer is swaying from background vocalist and feature to the headlining act.

CW: “So what is the position you want to be in as singer? We have seen you sing background for a few people and you’ve been featured on a number of songs. So what do you want your spot to be? What is that form?”

KJ: “Let me tell you about my life.” She laughed hard but was serious about her approach. “I did not plan out the music thing. You see how I had the coffee shop dream really put together? This was just one of those things I couldn’t get rid of; so the path is being created.”

Even with that being said she suggests that singing background is “sharpening” her to be the lead and she’s grateful for the learning experience.

CW: “How do you decide who you collaborate with?”

KJ: “I like collaborating with my friends because I know their souls. It’s hard for me to just jump and be on your song.”

For example, her song Water Lilies featuring CAMB turned out great because they are good friends.

KJ: “Water Lilies was a transition song about a relationship from beginning to end.”

CAMB knowing that Kyndal had recently been through a breakup gave him insight on the song and her knowing how CAMB thinks, privy her to what he could contribute to the piece.

KJ: “Same thing with A.R. (Wesley). He is funny and easy to vibe with. I have to feel someone’s soul, that’s how I decipher if I want to collaborate with you… it has to be more than that.” (More than just a song.)

Her shoot with Rob Ran for her Ghetto Adolescents cover, emphasized the Urban aspects of her surroundings. With the box braids, large earrings, cut offs and alike, she appeals to the aura of her upbringing and true self. It was about her showcasing the essence and merging where she comes from versus who she had become. Her style represents not a commercial beauty but the beauty of Kyndal J.

Mentioning commercial, with musical dreams comes musical realities and commercial recognition is often defined as success. She doesn’t see herself striving for that status, but a more Indie career would suffice.

KJ: “I don’t want to go commercial but I want that commercial money.” She admits that because of her rebellious ways, the conforming nature of the biz might not suit her fancy. “I just feel that it’s so easy to sell out and change who you are.” (Which is something she doesn’t plan on doing. She is willing to bend a little but not break.)

Don’t get it misconstrued. Usually that statement is followed by the stigmatic ideology that Milwaukee is a black hole where nothing good prospers.

But Kyndal doesn’t see it that way at all. 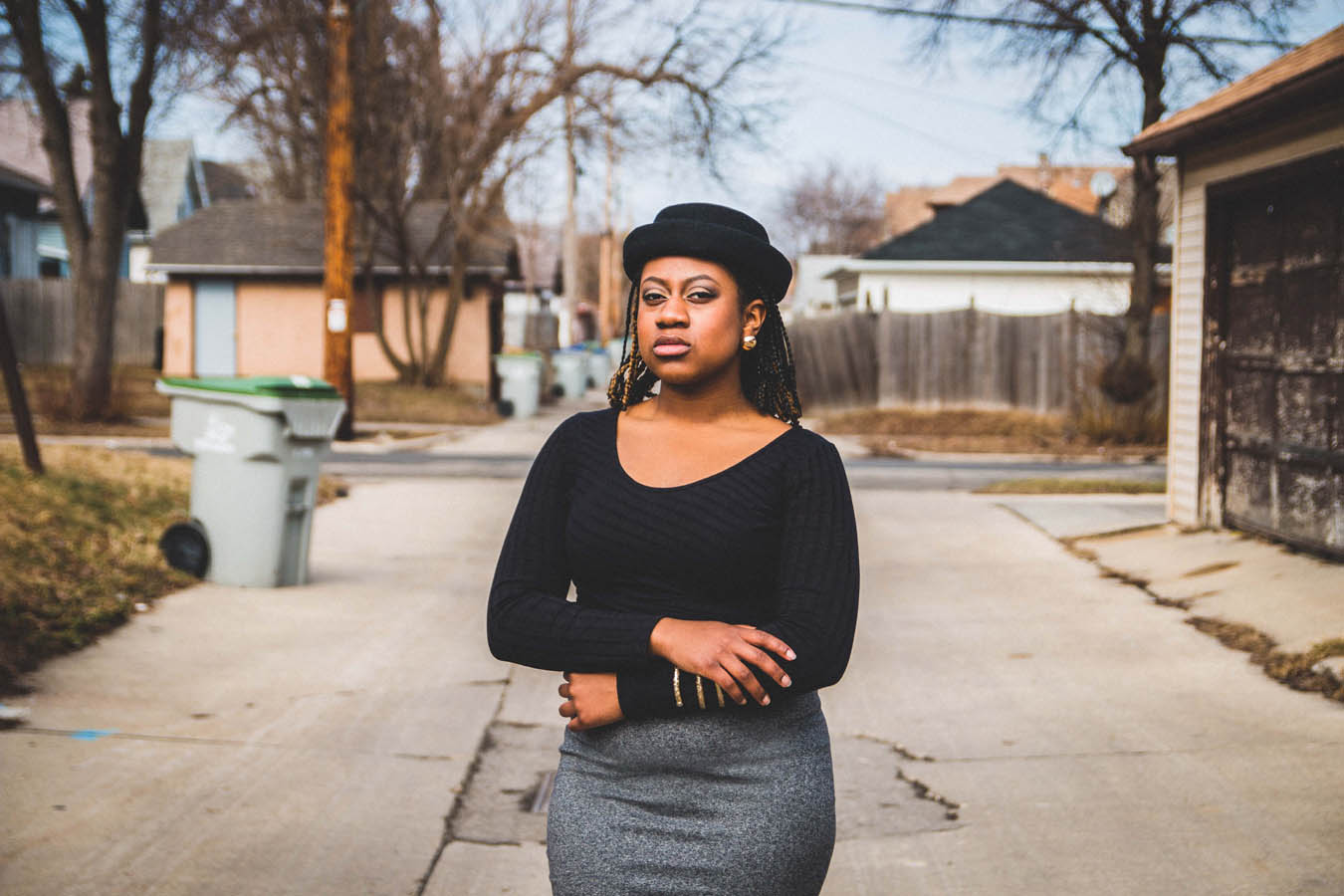 KJ: “I have to move at least once even if I come back… I just want to experience a new experience… it’s not Milwaukee, it’s just that this is home… I don’t want to be stuck. I just know me.”

And we agree. New adventures are always fun and exciting as long as you don’t forget where you come from and what makes you, you.

KJ: “I hear so many people in Milwaukee say it’s the city and I think that’s what holds them back… you can be the same weak ass person there as you were here.” – PREAAAACHHH!

CW: “What are your influences?”

Among soulful sisters like Erykah Badu and Jill Scott, (whose poetic inclination turned songstress resonated with Kyndal being musically swayed then poetic of thought), who definitely captures her; people like her high school choir director, Mr. Roberts, joins the ranks.

KJ: “He inspired me. He is the type of person who would tell you about yourself… He is real. He can take the most untrained person and whip them into shape.”

But Kyndal credits her biggest influence to the children she works with.

KJ: “They pull something out of me; I can’t describe. They make you have hope. They get excited about the smallest things. They remind you that you used to have that untainted mind. They have taught me to be fresh. Start new. Don’t make assumptions. To just be. Be happy in that moment. Be mad in that moment. Be sad in that moment. When I’m writing music, that’s the most in the ‘Be’ I am. They taught me that.”

We often do forget to just take the moment. But Kyndal’s constant reminder of youthful bliss brings her out from under the baggage that comes from growing up.

CW: “If there is anything you could tell the world, what would you say?”

All emphasis on the ‘Be’. Check out Kyndal’s project Bloom and make sure you stay tuned, for her journey has just begun, and the chase is on.