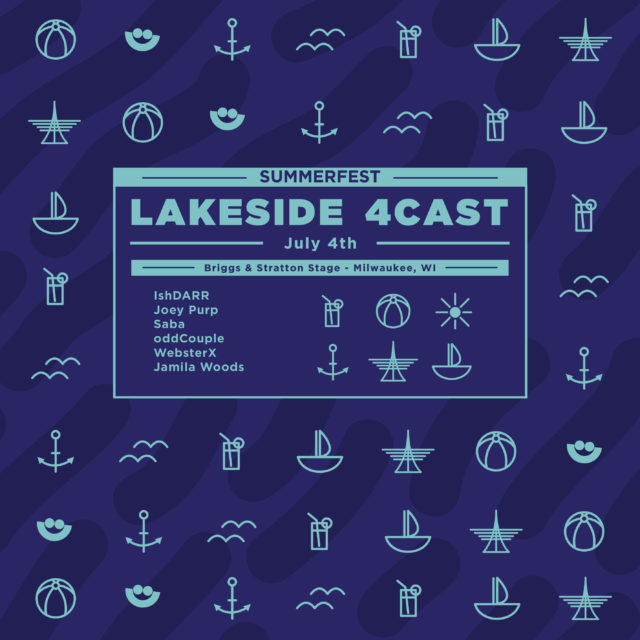 The Milwaukee-born, Chicago-based producer helped to curate a part of Summerfest 50 that the festival has never seen before

Many may not know that, in the huge scene of Chicago hip hop, one of its premiere producers is actually a Milwaukee native. Milwaukee-born, Chicago-based producer Oddcouple has worked with the Midwest’s best, including Allan Kingdom from Minneapolis, WebsterX from Milwaukee and Chance the Rapper from Chicago.

His strong musical connections throughout the Midwest got the attention of Summerfest, who recruited him to curate a lineup that he has now given the name “Lakeside 4Cast.” I got the chance to talk to him about his own music, the music scene around him and Lakeside 4Cast. To hear the full conversation, and learn more about Lakeside 4Cast, listen to the audio player below.

Lakeside 4Cast will be at Summerfest on the Briggs & Stratton Big Backyard stage on the 4th of July, and the full lineup goes as follows:

You can find all of Oddcouple’s music on his SoundCloud page.