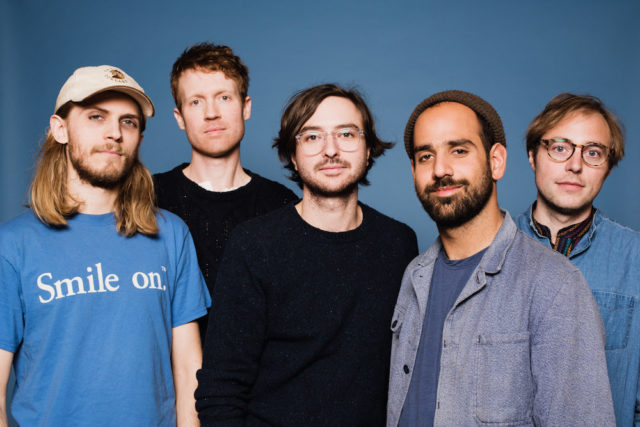 Radio Milwaukee had a chat with the newest guitarist for the band Real Estate, Julian Lynch. Julian is a resident of Madison, WI and talks about his role in the band, his love of Wisconsin, and being a musician while pursuing a PhD.

You can see Real Estate in Milwaukee tonight, Sunday, June 10 at The Back Room @ Colectivo!

The Wisconsin resident chats about joining the group

Hi, Julian. You live in Madison, did you grow up in Wisconsin?

I grew up in New Jersey with the guys from Real Estate. I moved here for grad school. It’s been a decade since I’ve been in grad school. Being in the band is weirdly conducive to being a dissertator, because we tour and then I’ll have a couple weeks off to just be in a library. Real Estate tours less than other bands I think, because the lead singer [Martin Courtney] has two kids who are very little. He had a solo record that came out…

He played the station on that tour!

That was the day before I joined Real Estate. He was on tour doing his solo thing in Madison and we hung out afterwards and that’s when he asked if I wanted to play with the band.

You knew them previously from NJ?

Martin and I grew up in the same elementary school district, even. I’ve been friends with him and the bass player since I was maybe 15 and we played in bands together in high school and college. They started doing Real Estate around the time I started putting out solo records so we started doing shows together and all that. I played on one of the Real Estate records… sax or clarinet.

So it sounds like a pretty easy transition for you to join the band. This was after Matt Mondanile left the band?

He didn’t leave the band, he was fired for his actions. We were all from the same town. I found out about what he did after that show in Wisconsin, it was a weird heavy day. After finding out about all that stuff, I offered to play leads on the record if they were looking, I thought it was more of a temporary thing. I wasn’t sure if it was a permanent role to be filled, but it’s turned into one. 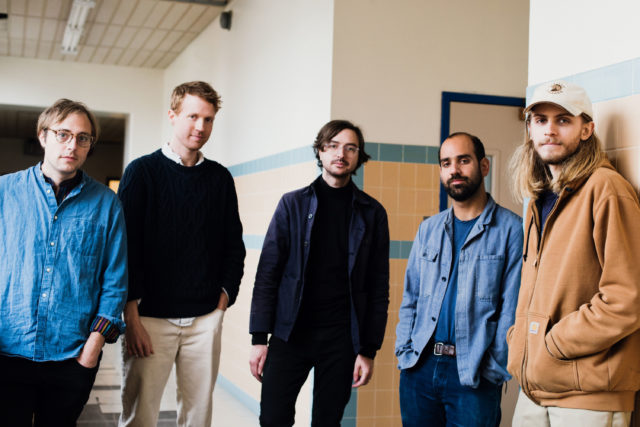 And you’re still here in Wisconsin.

Bleeker the bass player lives in California himself. Martin lives in Dutchess County , NY and one of the guys lives in Queens and the other in Brooklyn so we’re all kind of spread out anyways. We get together for writing and recording. Usually out where Martin lives because it’s easier for the kids. I love it. My parents are still out in that direction and my brother is out there, so it works out. Bleeker, the guy in California also has family on the east coast so none of us mind that the New York metropolitan area is still the home base of the band. It’s nice to have an excuse to go out that ways anyways.

I’m in Madison permanently, I’m a Wisconsin resident and I don’t have any plans to leave here, I really like being here.

What do you think about Milwaukee?

I like Milwaukee, I wish I could say I go there more than ten times a year. I had dated someone there a couple years back so I was there more often. These days I try to make it out whenever I can. I have a trio with Alisa Rodriguez AKA Apollo Vermouth, we have four shows together in June. We’ll be doing some rehearsing in Milwaukee so I’ll be hanging there more. I like her style a lot, our approaches are really compatible with guitar playing, it works in a way that worked immediately when we started jamming in my basement. This time we’ll have a drummer playing with us, who hasn’t played with us before. Theoretically in my mind, having a drummer in there makes sense to me, but I’m excited to hear how it actually sounds.

You’re a songwriter and so is Martin Courtney. How did “In Mind” come together with multiple songwriters in the band?

It will be slightly different with this new record, but “In Mind,” the established approach in Real Estate that I walked into was Martin would write a skeletal structure of a song like a rhythm guitar riff and the band would flesh out musical ideas and we’ll write our own parts to that and he’ll write words usually at the very last minute. The band frustration with Martin as a lead guitar player, is you want to work out lead melodies that work well with a vocal melody and he always leaves that for the last minute, but it’s cool it always works out. Bleeker had two songs he showed us and we ended up using one of them.

On the new record there are some songs where we took a slightly different approach. There are two songs I wrote that the band has been playing, maybe we’ll record one or both of them. Bleeker also has some songs he’s bringing to the table.

How did you get started making music?

I was really lucky, my parents got me music lessons as a kid. When I was in fourth grade I started playing clarinet and did that until the weight and shame of playing the least cool instrument in the school band weighed on me too heavily, in eighth grade I asked me parents if I could get a guitar. They got me a Yamaha Pacifica guitar and I took lessons on that throughout high school. Me and Bleeker took guitar lessons from the same person in high school. After a year or so I started playing around with people in my town. I guess that’s how I got started.

I think the palate of influences in New Jersey in the early 2000’s was pretty embarrassing generally. Weezer was in that mix for sure, some Strokes influence in that era… emo… Dischord era punk. All these things that didn’t make sense together and didn’t yield a very cool sound from 16 year olds or whatever, but those were my beginnings.

You can see Real Estate performing in Milwaukee tonight at 8PM at the intimate Back Room @ Colectivo!

Watch “Darling” by Real Estate below: