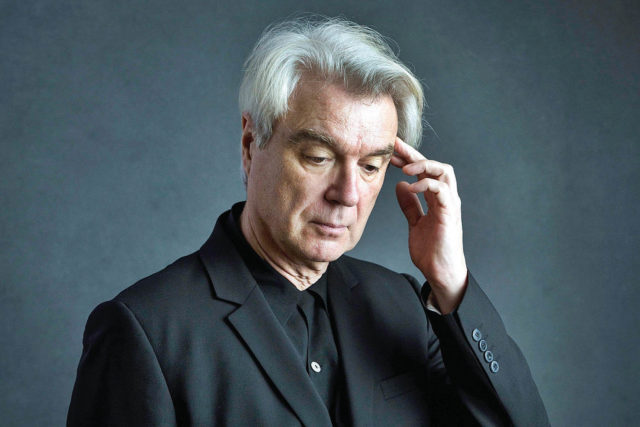 The new album is called “American Utopia,” but David Byrne isn’t starting his own utopian society. It’s not any kind of proposal. Rather, he says, “It’s more about our longing, hope and desire for something different and better than what we have now.”

On “American Utopia,” he makes that clear as soon as you turn the album over and find a series of questions… 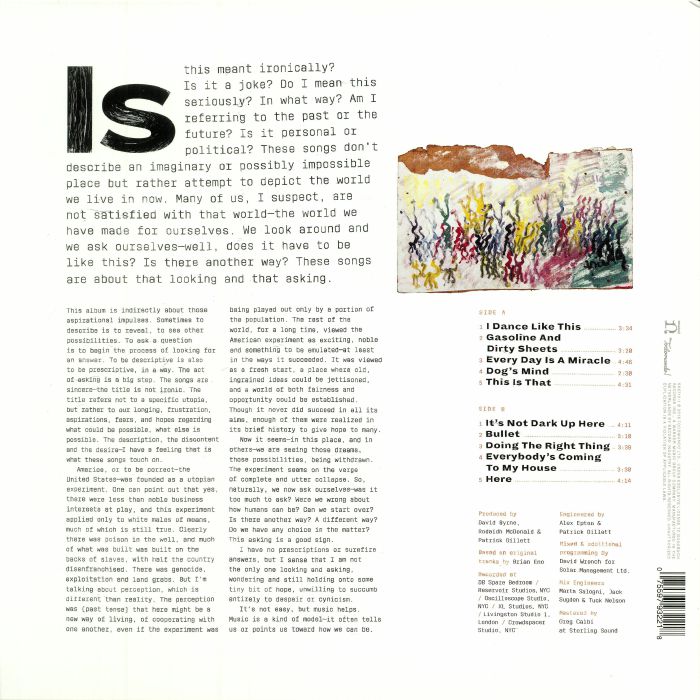 It’s a wonderful piece. With it, one of the things Byrne makes clear about utopia is that everyone has a different vision or version of it.

“For me it’s…I can imagine a sense of community—a sense of well-being,” he says. “The people are connected to one another. Of course, that includes economic well-being too. That’s a start. I don’t have other kind of rules like, ‘Oh yes! Everyone should have sex with everyone else’ or anything like that…[laughs]”

Going through the first pass on any album, there’s always a song that lights up all of those spots in your brain. I told Byrne that for me, on “American Utopia,” the one that lit up the most spots in my brain was “Dog’s Mind.”

He acted surprised that I would want to talk about this seemingly cartoonish song that’s literally about what dogs are thinking, but his explanation of it not only puts the album in perspective, but the world too.

“It starts off as this sort of familiar dystopian political whatever situation and then it takes a turn and it asks ‘Okay. Yeah, but what do the dogs think about it?’ Obviously, they have a completely different view and I use that as a way of saying, ‘That’s exactly how limited our point of view is.’ If we think a dog’s point of view is limited…well, so is ours. We think we’re the bee’s knees, but we’re just like dogs in a way.” 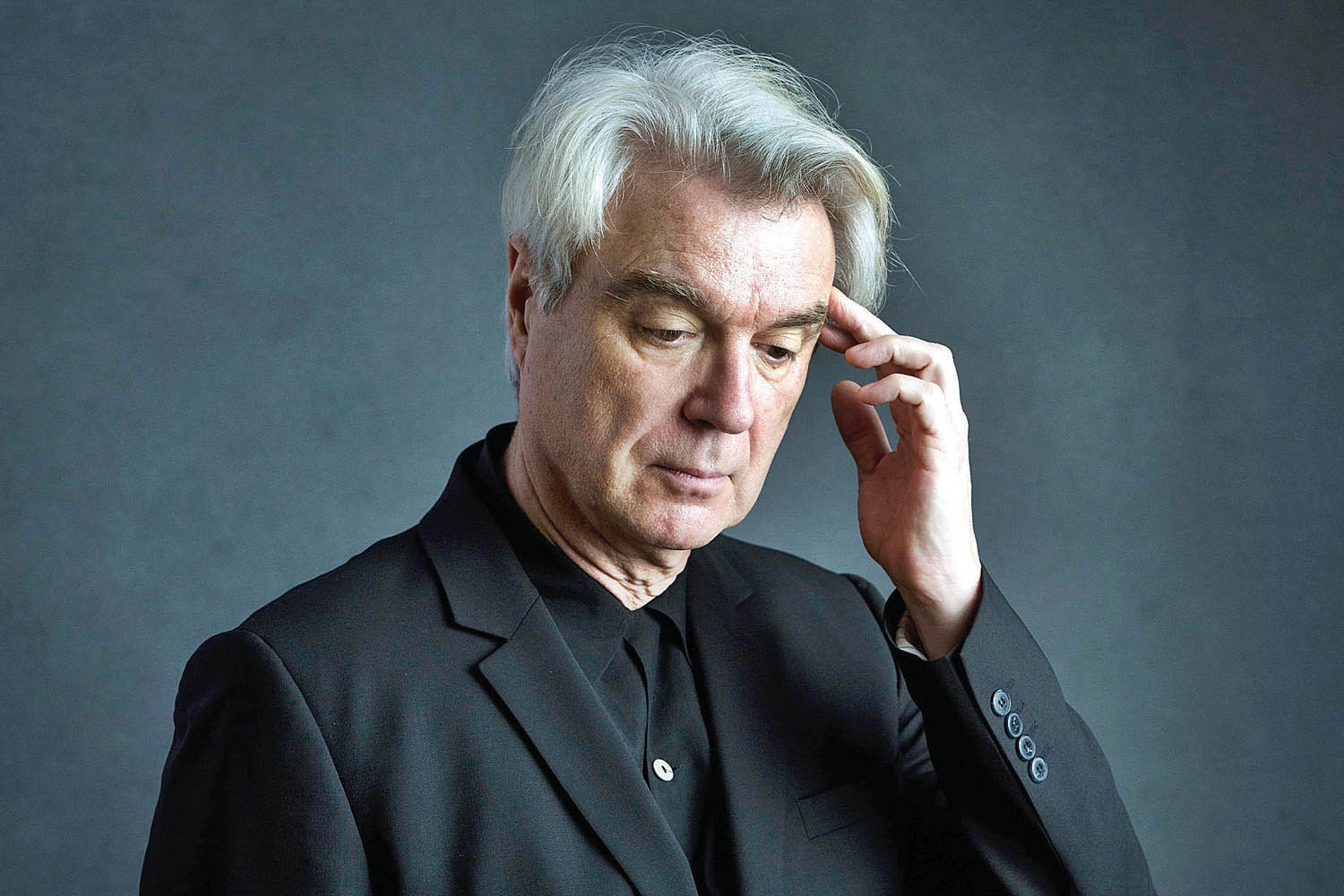 This is something he plays with throughout the album, urging us to remember that we, as humans, are not the center of the universe, to think about the other things we share the world with.

“There’s chickens and donkeys and cockroaches, fleas, dogs…No cats. Leave the cats for the internet.”

In “American Utopia,” Byrne considers all of these perspectives trying to figure out: Is there a better way?

I wonder if he’s also looking for a new way to express himself. Byrne has done just about everything there is to do creatively. It’s a shot in the dark, but I asked him if he would ever take the final frontier into politics.

Then, more thoughtfully, he says, “It’s very flattering to have it be suggested, but I think that’s really a specific skill. Imagining that you could do it creatively might be fooling yourself.”

As if feeling the full weight of the possibility, he says, “It’s kind of a swamp and you can really get your feet stuck in there. I don’t know…”

For Byrne, it seems like the answer is a wearied no. But, he isn’t quite pessimistic.

“I will say that I’ve noticed a lot of people all over the country—non-politicians—deciding to get involved in politics, a lot of women especially, deciding, ‘Hey I can do this as good as they can!’ They’re fed up with the so-called ‘political professionals.’ They feel like, ‘No, come on…You completely botched this up. I can’t do any worse than what you’ve done.’”

Though solutions may not be on the horizon yet, he says it’s inspiring to see so many people making noise—just as Byrne does with his constant questioning and searching in his music.

Before his next stop in Milwaukee on May 15 at The Riverside, I talked to David Byrne about his new album “American Utopia,” our mutual friend Angie Swan and about his previous trips to our city where he visited the Satin Doll Lounge, the boat house and the art museum, where he saw thrones made of chicken bones.

Though he’s been to just about every city in the world, he still remembers these details about Milwaukee. He says that he’s looking forward to biking around and exploring even more while he’s in town.

This constant search and appreciation of new places and perspectives is what Byrne’s new album, “American Utopia” is about. But, instead of answers, it’s about questions…a lot of questions.