Despite the gospel makeover, Kanye West sounds as lazy as ever on ‘Jesus is King’

Despite the gospel makeover, Kanye West sounds as lazy as ever on ‘Jesus is King’ 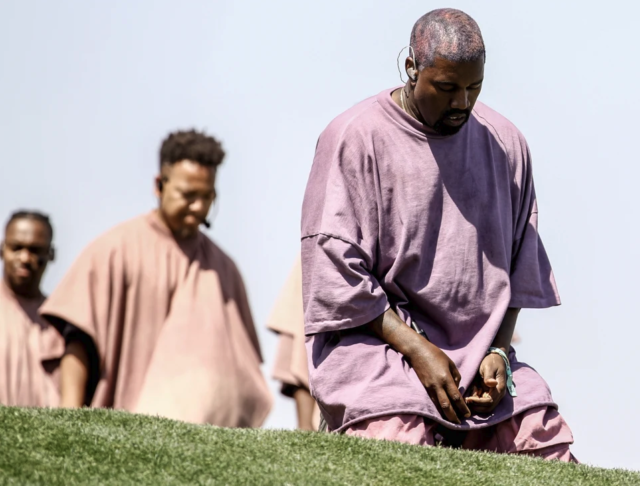 Five years ago the notion of a two-listen Kanye West review would have seemed sacrilegious. West was one of our most important artists, conventional wisdom held, and like all great auteurs, his work required time to reveal itself. You couldn’t just listen to a Kanye album. You had to sit with it, think on it. Anything else would have been disrespectful.

Well those days are over. If 2016’s clumsy “Life of Pablo” showed cracks in the seams, 2018’s downright crappy “Ye” revealed that Kanye’s once much-vaunted artistic process looked a lot like indifference. After months of trolling, MAGA hat wearing and generally using his platform in the most reckless, irresponsible way imaginable, the payoff for the ugliest album promotional cycle in recent memory was… the shortest, most forgettable record of Kanye’s career. He photographed the album cover himself on the way to the listening party for the album, and the music itself didn’t sound all that much more considered.

The public is as quick to forgive as Kanye is to reinvent himself, though, and this year Kanye regained some goodwill with his “Sunday Service”-style choir performances, replacing the bitter political persona of 2018 Kanye with a performative piousness that suggested atonement without ever explicitly apologizing for last year’s Trump-hugging.

Kanye West’s 27-minute new album “Jesus Is King” is billing itself as a reboot, then, the rapper’s first bona fide gospel record. Yet in execution, it’s as quick and lazy as just about everything the rapper has recorded lately, slopped together from chunky gospel samples, brief fragments of verses and clipped, chintzy beats. It’s been years since Kanye sweated the details, and he’s not about to start now.

Even the pleasures are botched. “On God” sports a Pi’erre Bourne beat, a potentially exciting pairing between West and one of the great vanguard producers of the moment, but there’s no chemistry between the two. West’s voice clashes with Bourne’s surrealist synths instead of gliding over them. “Everything We Need” has a sumptuous chorus from Ty Dolla $ign – an artist born to sing gospel – but those grace notes only underscore how awkward Kanye’s Sunday school moralizing is. “What if Eve made apple juice?” he raps, “You gon’ do what Adam do, or say, ‘Baby, let’s put this back on the tree, because we have everything we need.'”

And despite the gimmicky pairing of Clipse and Kenny G on “Use This Gospel,” the only thing that really stands out about the track is that it sounds like it’s built around a sample of a door-ajar ding on a Kia Sorento. It’s one of the most grating beats Kanye has ever rapped over. And while Kanye has dialed back the bitterness a little bit, some of the inevitably creeps in, too.

“Watch out for vipers/Don’t let them indoctrinate,” he preaches on “Closed on Sunday,” repeatedly shouting out Chick-fil-A, fully aware of all the dog whistles that endorsement is riddled with. Perhaps Chick-fil-A is as apt an analogy for “Jesus is King” as any, though. It’s fast, cheap and divisive, and the modest pleasures it offers don’t offset the nagging sense that some institutions simply aren’t worth supporting.

You can stream “Jesus is King” below.