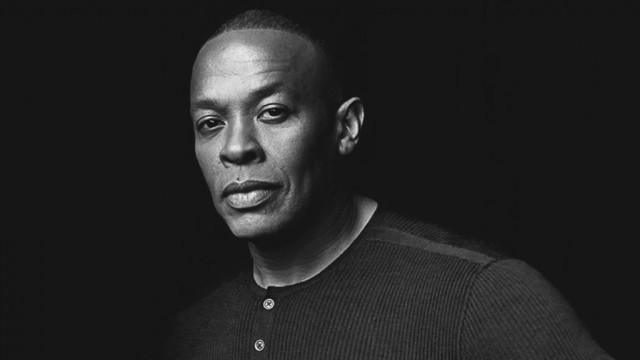 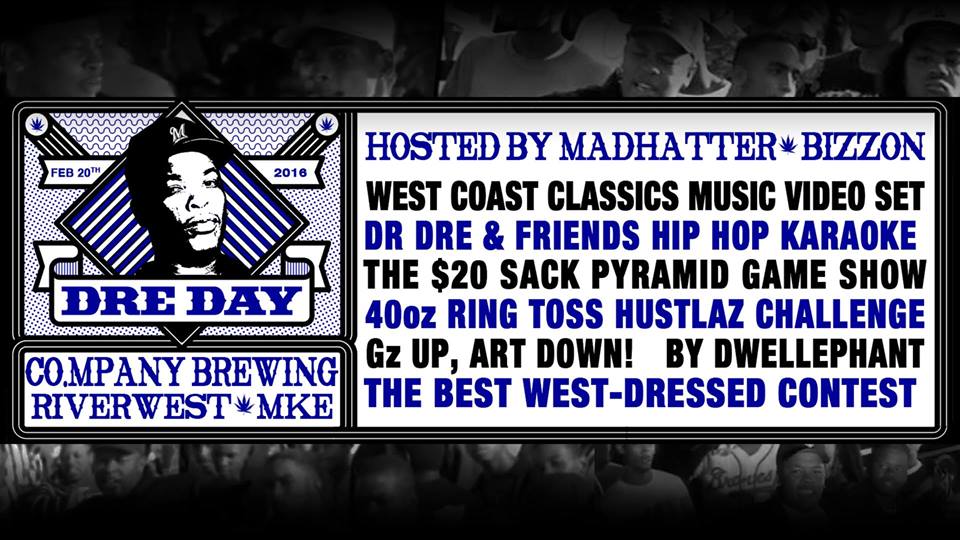 Company Brewing holds the second annual birthday celebration of one of hip hop’s most influential artists and businessmen. The event will be hosted by Milwaukee Dj’s Bizzon and Madhatter (aka Jordan Lee, 88Nine’s Program Director).

Dre Day Milwaukee started in Minneapolis as an inside joke, but has quickly evolved into a multi-state celebration featuring games, performances and of course, Dr. Dre’s music.

The celebration at Company Brewing will include gangsta rap carnival games like 40oz Ring Toss, pin the tail on the Doggy (Snoop Dogg) and the nationwide tradition of the $20 Sack Pyramid.

In addition there will be Dre and friends karaoke, and in the gangsta rap tradition, forties will be available.

music, games and forties at the birthday celebration